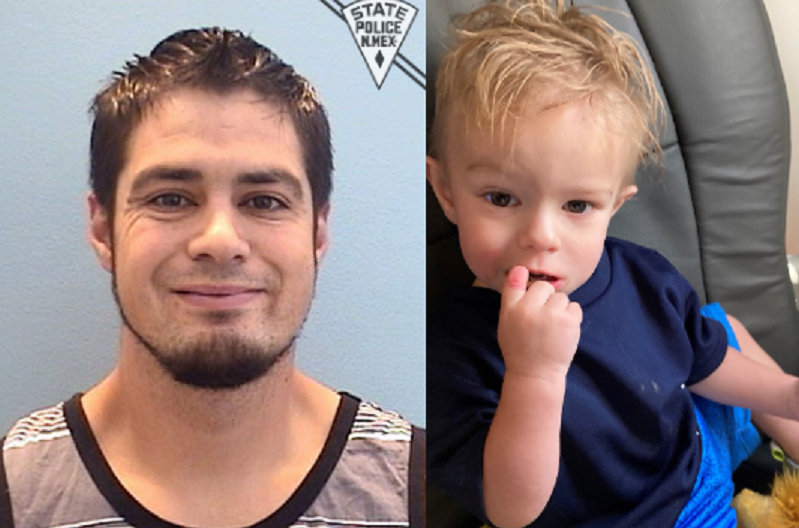 UPDATE: The amber alert has been canceled. Regin was found safe.

A New Mexico Amber Alert has been issued for 1-year-old Regin Gutierrez after he was forcibly taken from his mother in Albuquerque, local officials say. Anyone with information is urged to call 911 immediately.

According to a press release from the New Mexico State Police, the child was forcibly taken from his mother by Jody Ellis, a 35-year-old man. The nature of his relationship to Regin, if any, was not immediately clear.

Ellis is believed to have taken Regin in a mid-2000s white Chevy Avalanche with Texas license plate number NPC9678. Their direction of travel and destination is not known.

The suspect is described as a 35-year-old white male with brown hair and brown eyes, standing 5 feet 9 inches tall and weighing 180 pounds, according to the amber alert, which was issued on late Wednesday afternoon.

Regin is described as a 1-year-old white male with blonde hair and hazel eyes, standing 2 feet tall and weighing approximately 20 pounds. He was last seen wearing a black Johnny Cash t-shirt and a diaper.

“Many details are still unknown and under investigation. However, of urgent concern is the whereabouts of Regin Gutierrez,” New Mexico State Police said in a statement.

Anyone who sees Regin or Ellis is urged to call 911 immediately, or call the New Mexico State Police at (505) 841-9256, option 1, if you have any other information that could help investigators.