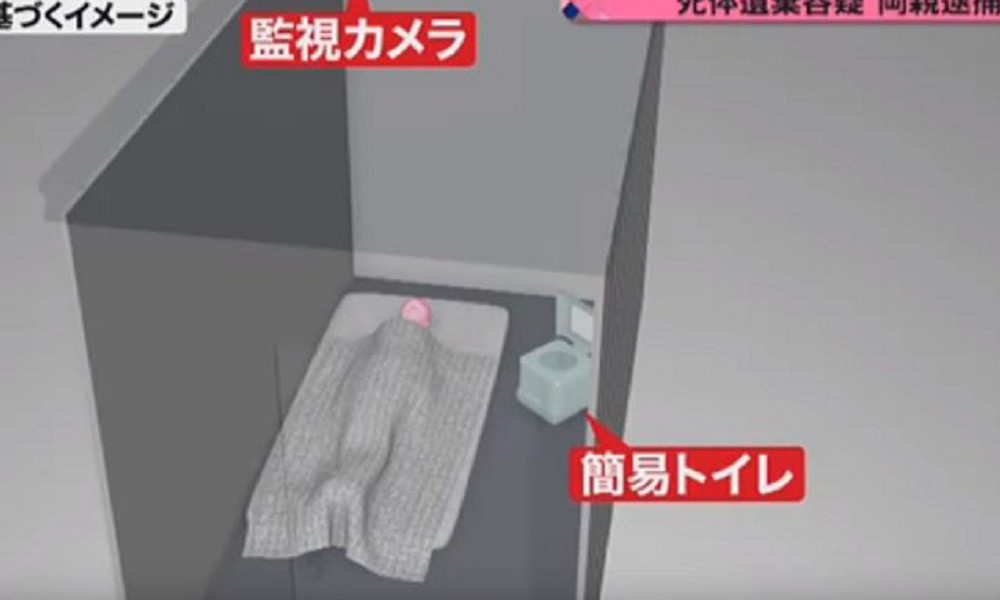 A Japanese couple has been arrested for holding their daughter captive for more than 16 years and letting her starve and freeze to death inside a tiny chamber at their home, local police said on Wednesday.

The parents, who were identified as 55-year-old Yasutaka Kakimoto and 53-year-old Yukari Kakimoto, were arrested on Saturday after they reported the death of their daughter. They said she had passed away five days earlier, on December 18.

The body of the woman, who was 33 years old, was found inside a home in Neyagawa, a city close to Osaka, or some 385 kilometers (240 miles) southwest of the capital Tokyo. The woman had been held in a chamber measuring 3.2 square meters (34 square feet), according to local police.

The Japanese newspaper Asahi Shimbun said the chamber was located in one of the rooms of the house. A temporary toilet and a camera were installed inside the chamber, which was locked from the outside and had no windows. A tube was connected to a tank outside to provide water.

At least 10 cameras were installed outside the single-story home, which was surrounded by a 2-meter (6.5-feet)-high fence, according to the Reuters news agency.

Police said the parents believed their daughter had a mental illness which made her violent, but it was not immediately clear whether the woman had ever been diagnosed with a condition. People with mental illness, as well as their families, often suffer from severe stigma in parts of Japan.

“Our daughter was mentally ill and, from age 16 or 17, she became violent, so we kept her inside the room,” one of her parents told police, according to Reuters. They claimed that they had failed to immediately report her death because they were “upset” and wanted to stay with her.

The parents explained that they provided their daughter with one meal a day, though she weighed only 19 kilograms (42 pounds) at the time of her death. Investigators believe that the woman’s health condition worsened due to the long period of confinement and she ultimately froze to death.

Yasutaka Kakimoto and Yukari Kakimoto were both arrested on a charge of illegally disposing of a body, but additional charges are likely.