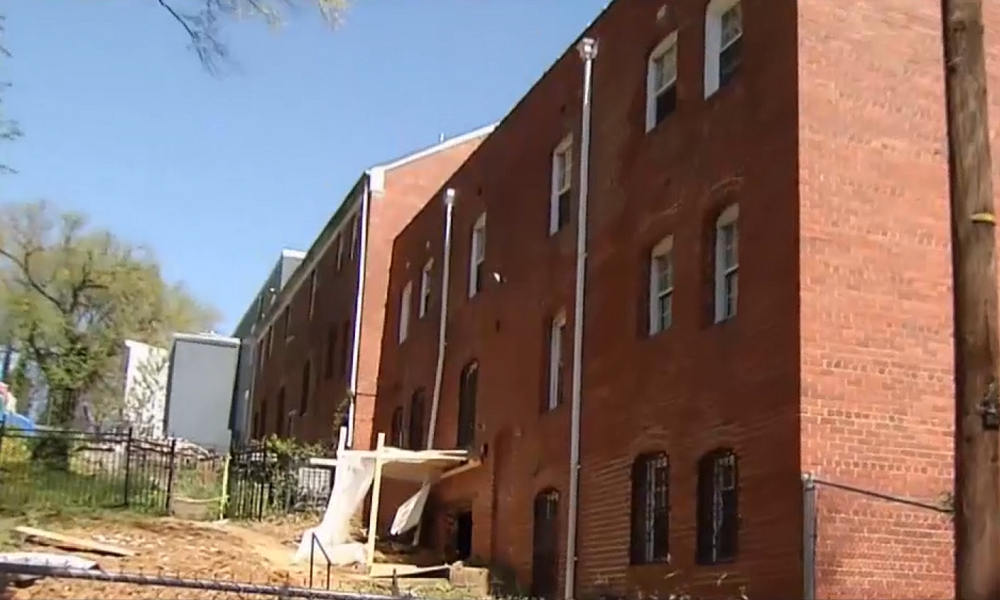 The apartment building where the remains have been found (Credit: NBC Washington)
Advertisment

Three sets of skeletal remains were found this week at an apartment building in Washington, D.C., police said on Saturday. Detectives from the homicide branch are investigating.

Police were called at 3:30 p.m. ET on Wednesday when construction workers found what appeared to be a human skull in a crawl space underneath the building, which is located in the 100 block of Wayne Place.

Officers responded to the scene and located what appeared to be human skeletal remains, police said. The remains were taken to the Office of the Chief Medical Examiner, where they were confirmed to be human remains.

On Saturday, two additional sets of human remains were found near the building, which is located in the city’s southeast. One set was found near a dumpster in the backyard and the other one was in a wooded area, according to NBC Washington.

The Metropolitan Police Department said in a statement that detectives from the Homicide Branch are investigating the discovery. It’s unknown who the remains belong to, how they died, and how long the remains may have been there.

.@DCPoliceDept now confirms a total of 3 sets of human skeletal remains found in Congress Heights behind an apartment building. pic.twitter.com/apIj8Oqpmy

Related Topics:featuredWashington (D.C.)
Up Next