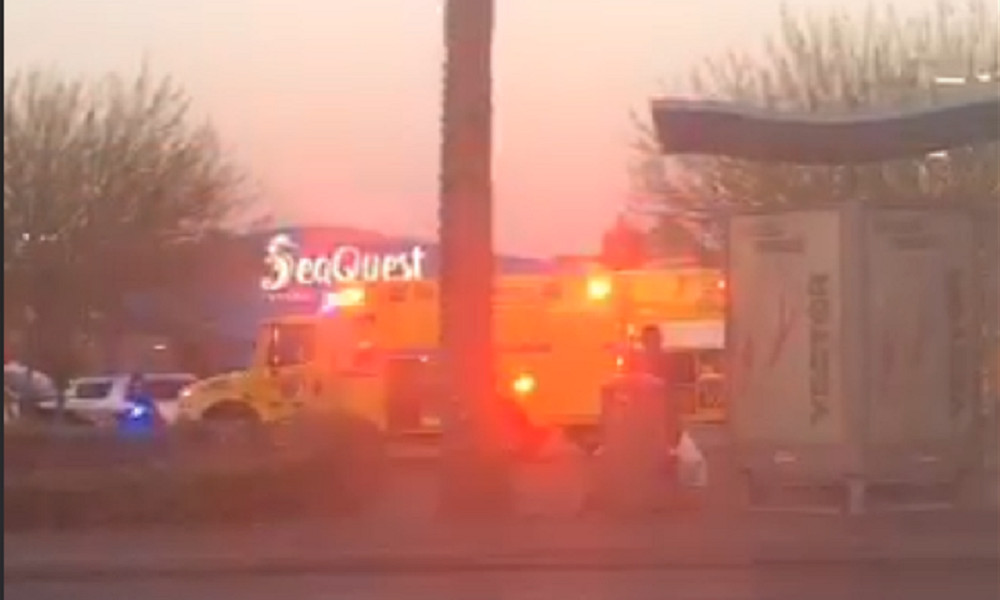 UPDATE: A suspect has been taken into custody and the gun and a mask have been recovered. “The gun appears to be a fake gun,” a police spokesperson said shortly before midnight. The suspect’s identity has not yet been released. Our previous story can be found below.

A large number of police officers, some of them heavily armed, were called to The Boulevard Mall in Las Vegas after unconfirmed reports of an active shooter, but no victims were found. The mall was put on lockdown as a precaution.

The incident began just after 7 p.m. PT on Thursday when officers were called to reports of a person with a gun at The Boulevard Mall, which is located on the South Maryland Parkway. It’s unclear who reported the threat.

As a result, the mall was put on lockdown while dozens of officers, some of them heavily armed, and other emergency services responded to the scene. Officers searched complex for more than an hour to make sure the scene is safe.

“We are working a call of a person with a gun at the Boulevard Mall. There are no injured individuals and no reports of shots fired by the suspect,” a police spokesperson said. “The mall has been evacuated while officers ensure the suspect is not inside.”

The Boulevard Mall, which first opened in March 1968, is located in the unincorporated town of Paradise. It is home to about 100 stores and restaurants, as well as offices.

Heavy police presence outside Boulevard Mall. Avoid the area. Hearing several reports. @FOX5Vegas following updates. WIll wait for confirmed information before passing along anything so as not to spread rumors. pic.twitter.com/21LKUDNs3m