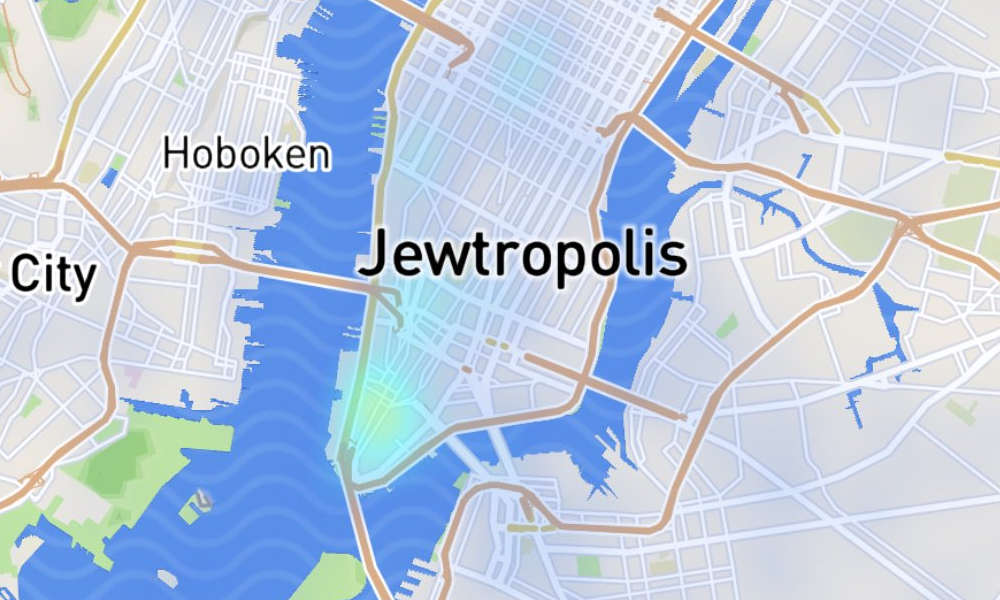 Maps used by Snapchat and other services have been vandalized, making them show “Jewtropolis” instead of New York City, users say. Snapchat says it is working with a third party to fix the issue.

The issue emerged on early Thursday morning when Snapchat users began to notice that, depending on how far you zoom in, the app’s map labels New York City as Jewtropolis.

Snapchat said the Snap Map relies on third party mapping data that had been vandalized. “We are working with our partner Mapbox to get this fixed immediately,” the company told one of its users.

Other companies have also been affected by the vandalism. CitiBike and StreetEasy – both of which appear to be using Mapbox – also have maps showing Jewtropolis instead of New York.

It was not immediately known who was responsible for the vandalism. Mapping services often allow volunteers to change information in an effort to keep maps up-to-date, which creates the risk of vandalism.

WATCH LIVE: Eruption at the Kilauea volcano in Hawaii