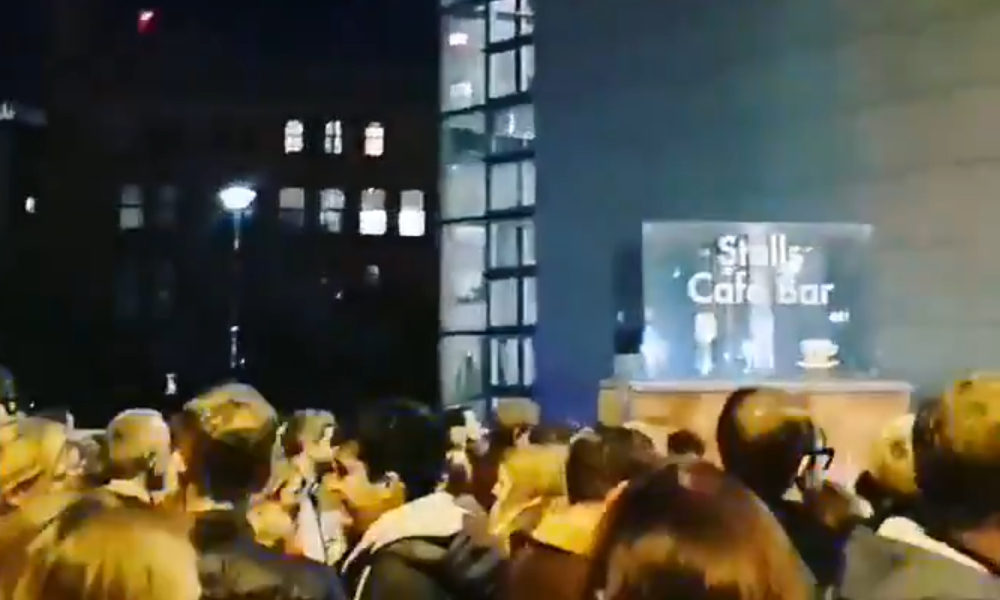 UPDATE: The evacuation has been lifted and concert-goers are being allowed back in.

The Bridgewater Hall in Manchester has been evacuated amid reports of a fire, officials and witnesses say, but only few details are available. A concert by the band Alt-J was due to take place.

The incident began at about 9:15 p.m. on Sunday when the band was about to get on the stage, according to witnesses. The fire alarm went off and people were told to evacuate amid reports of smoke and a possible fire.

Photos and videos from the scene show hundreds of people waiting outside the concert venue and emergency services are at the scene. Officials have yet to comment further, but there were no immediate reports of injuries.

“Seconds after we took our seats, everyone just got booted out of Bridgewater hall pre gig cos of a fire or something,” one person said on Twitter.

It’s unclear whether the concert will still take place.

@alt_J @BridgewaterHall realistically speaking…. Is this going to take place tonight or not? We all want to know pic.twitter.com/Gmk7e3J4QL

Related Topics:Manchester (England)
Up Next