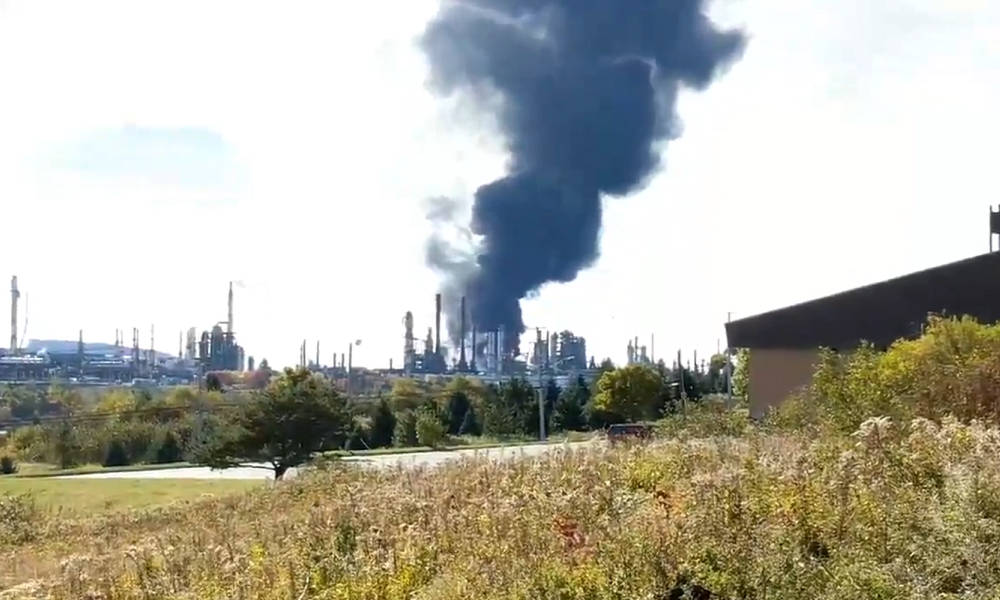 Police and other emergency services in New Brunswick are responding to a large explosion and fire at the Irving oil refinery in Saint John, officials say. No serious injuries have been reported.

The incident happened at about 10:30 a.m. on Monday when a large explosion occurred at the facility, causing homes in the surrounding area to shake, according to witnesses. It’s unclear what caused the explosion.

“We felt the entire building move as if it wobbled,” Rob Beebe, who lives near the refinery, told CBC News. Photos and video from the scene show large flames and plumes of black smoke.

“We can confirm that a major incident has occurred at our Saint John refinery this morning,” Irving Oil said in a statement. “We are actively assessing the situation at this time and will share more information when available.”

A large number of emergency services are responding to the scene of the explosion, but authorities said there are no life-threatening injuries. No evacuations have been ordered but nearby streets have been closed.

Google+ to shut down after bug exposed user data