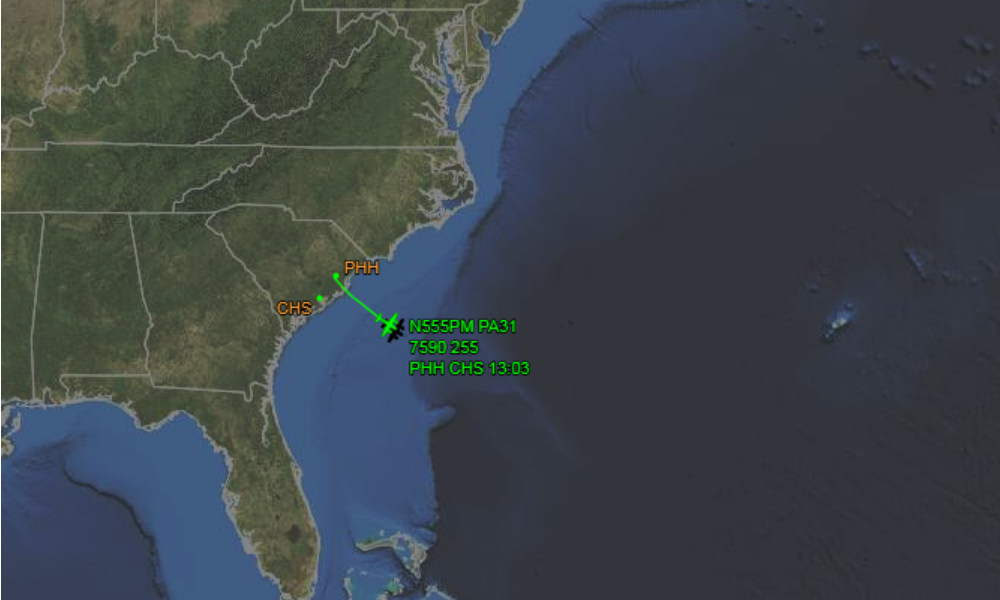 A small plane that took off from an airport in South Carolina has disappeared from radar over the Atlantic Ocean, federal officials say. A search and rescue operation is underway.

The Piper PA-31 aircraft took off from Robert F. Swinnie Airport in Andrews, South Carolina, at 10:47 a.m. ET on Thursday. It was flying over the Atlantic when it disappeared from radar less than an hour later.

The U.S. Coast Guard said it was notified of an in-flight emergency before contact was lost, about 110 miles (177 kilometers) east of Charleston. It said the aircraft is believed to have crashed into the ocean.

A total of five people were on board the aircraft, but their identities were not immediately released. Federal records show that the plane is registered to a company in Delaware and was flying to Governor’s Harbour Airport in the Bahamas.