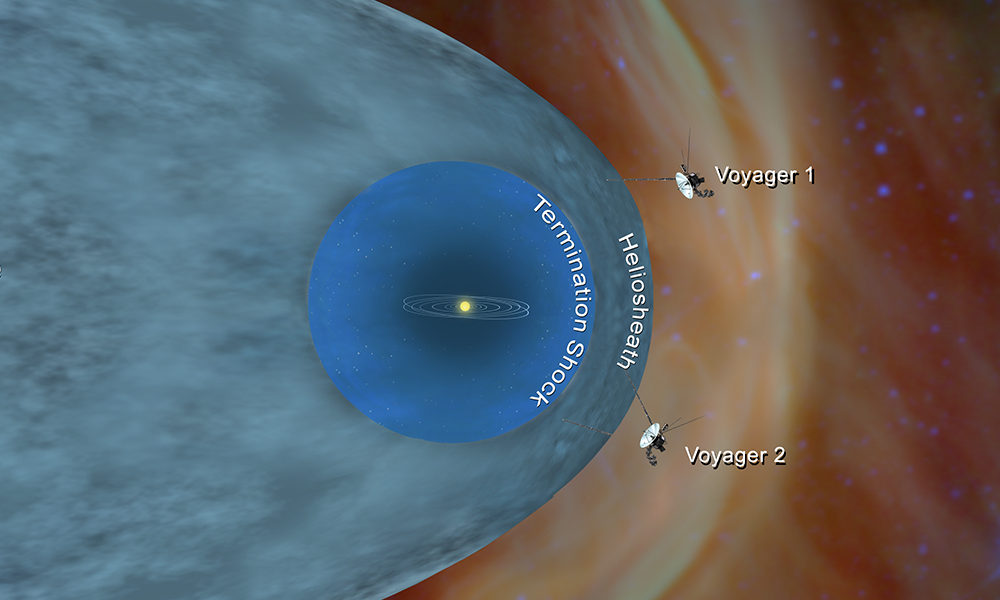 The positions of Voyager 1 and Voyager 2. (Credit: NASA/JPL-Caltech)

NASA’s Voyager 2 probe has entered interstellar space, becoming the second man-made object to reach the edge of the solar system, the U.S. space agency announced on Monday after a 41-year-long journey.

Data from the spacecraft shows that Voyager 2 crossed the outer edge of the heliosphere on November 5, NASA said. This boundary is where the tenuous, hot solar wind meets the cold, dense interstellar medium.

Voyager 2 is now more than 11 billion miles (18 billion kilometers) from Earth. Data sent by the spacecraft moves at the speed of light and takes about 16.5 hours to reach scientists back on Earth.

While the probes have left the heliosphere, they have not left the solar system, which extends until the outer edge of the Oort Cloud. It would take 30,000 years for Voyager 2 to leave the solar system.

The probes were launched 16 days apart in 1977 and both flew by Jupiter and Saturn. Voyager 2, which also flew by Uranus and Neptune, was built to last only 5 years and is now the longest continuously operating spacecraft in deep space.