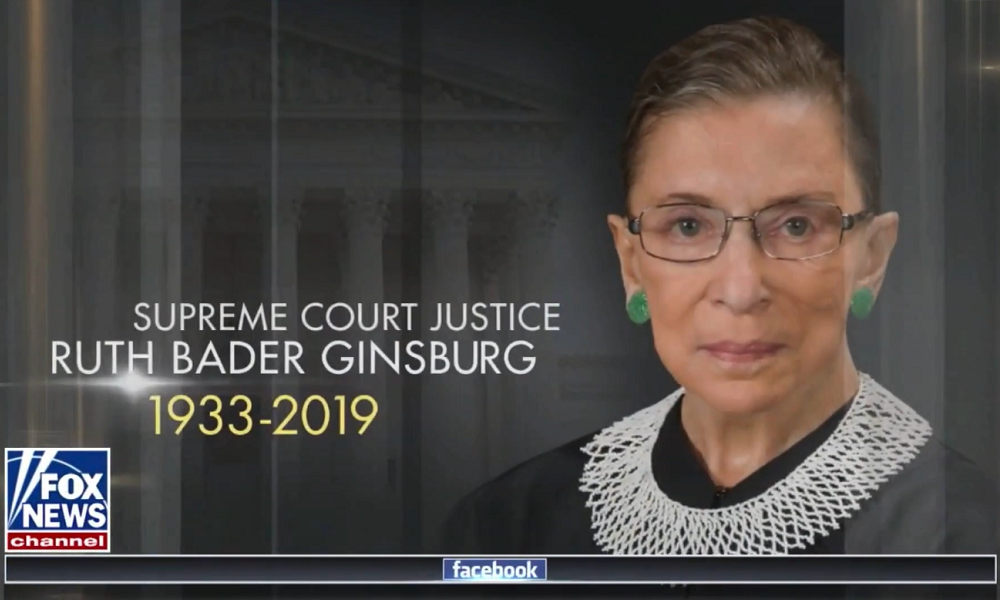 The graphic that was shown on Fox News.
Advertisment

Fox News apologized on Monday after it showed a graphic reporting the death of U.S. Supreme Court Justice Ruth Bader Ginsburg, who is recovering from surgery/

Host Steve Doocy apologized for the graphic a few minutes later and said it was the result of a control room error. “That was a mistake, that was an accident,” he said.

Ginsburg, who is 85, underwent a surgical procedure on December 21 to remove two cancerous nodules in her left lung. She was released from hospital on December 25 and continues to recover.

Mistakes such as the one on Monday have happened before. News organizations typically prepare stories and graphics in advance to cover the deaths of politicians, celebrities, and other notable people.