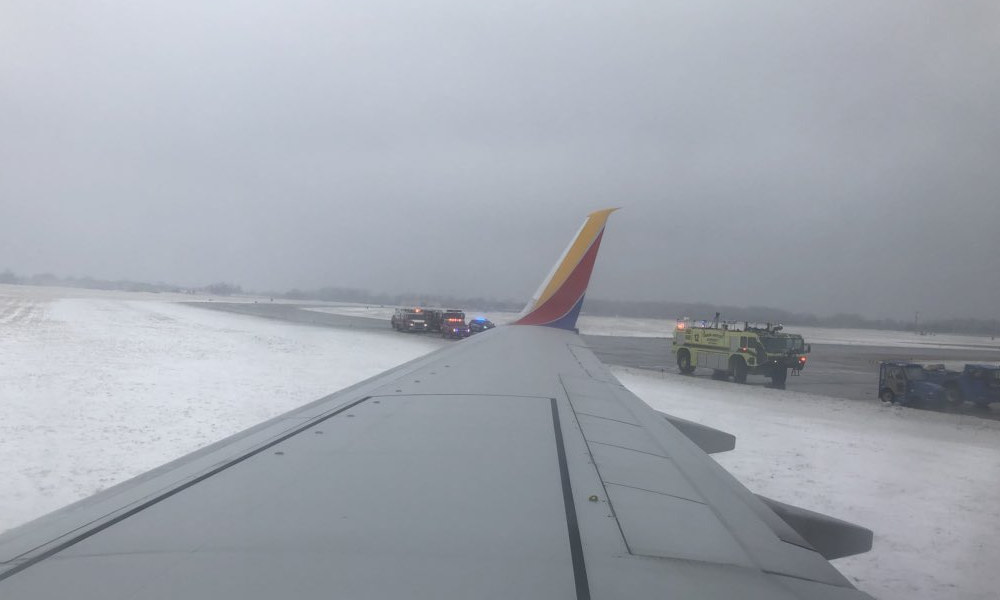 A photo taken by one of the passengers (Credit: Ali Schwanke)
Advertisment

A Southwest Airlines plane has skidded off the runway while landing at Eppley Airfield in Omaha, Nebraska, officials say. There were no immediate reports of injuries.

Photos from the scene show that the aircraft exited near the end of the runway, but there was no evidence of major damage. No injuries have been reported.

Flight 1643 was flying from Las Vegas with 156 people on board, including 150 passengers and six crew members, according to Southwest Airlines.

“Airport fire crews are working with Southwest to deplane the passengers and take them to the terminal,” an airport spokesperson said on Twitter.

As a result of the incident, all flights have been suspended until further notice. “Please check with your individual airline for flight status,” the spokesperson said.

Our view of the passenger plane off the airway from the top of the parking garage at Eppley Airfield. Police escorting transit buses to the plane now. pic.twitter.com/GFBzfXTvpM