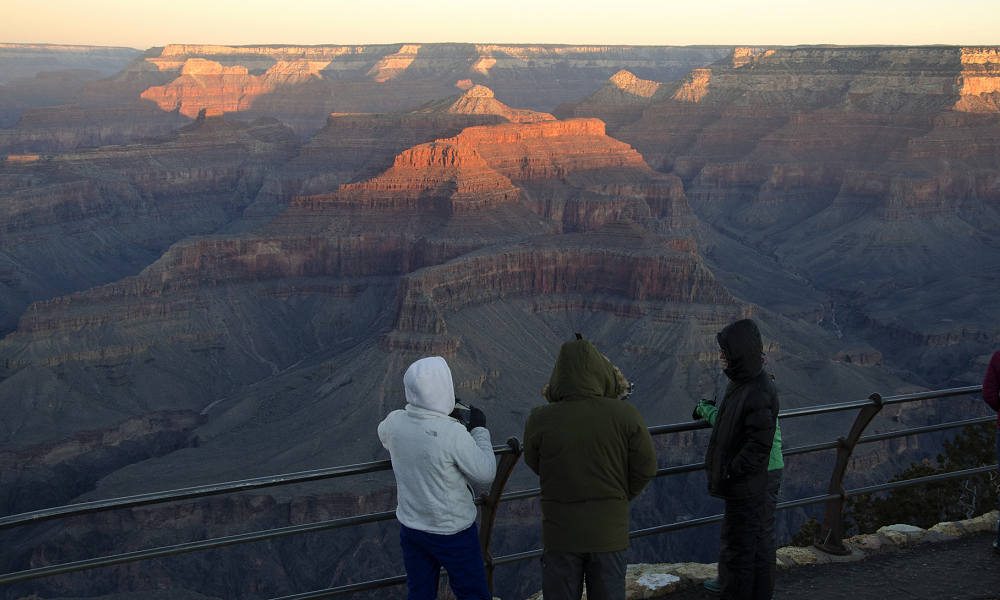 View from Hopi Point on the South Rim of the Grand Canyon (Credit: NPS/Michael Quinn)
Advertisment

A man from California was killed when he fell over a ledge while visiting the Grand Canyon in Arizona, park officials said on Thursday. It marks the third death at the popular tourist attraction in just over a week.

The incident happened just before noon on Wednesday when park rangers received a call that someone had fallen over the canyon rim east of the Yavapai Geology Museum, which is located on the South Rim in Grand Canyon Village.

“The park’s helicopter and a technical rescue team were able to recover the body,” the park said in a statement on Thursday. The victim was identified as a 67-year-old man from California, although his name was not released.

The cause of Wednesday’s fall was not immediately known, but it marks the third death at the park in just 8 days. On March 28, a tourist from Hong Kong fell to his death while taking photos at an overlook on the Hualapai reservation.

Related Topics:ArizonaCaliforniafeaturedGrand Canyon
Up Next