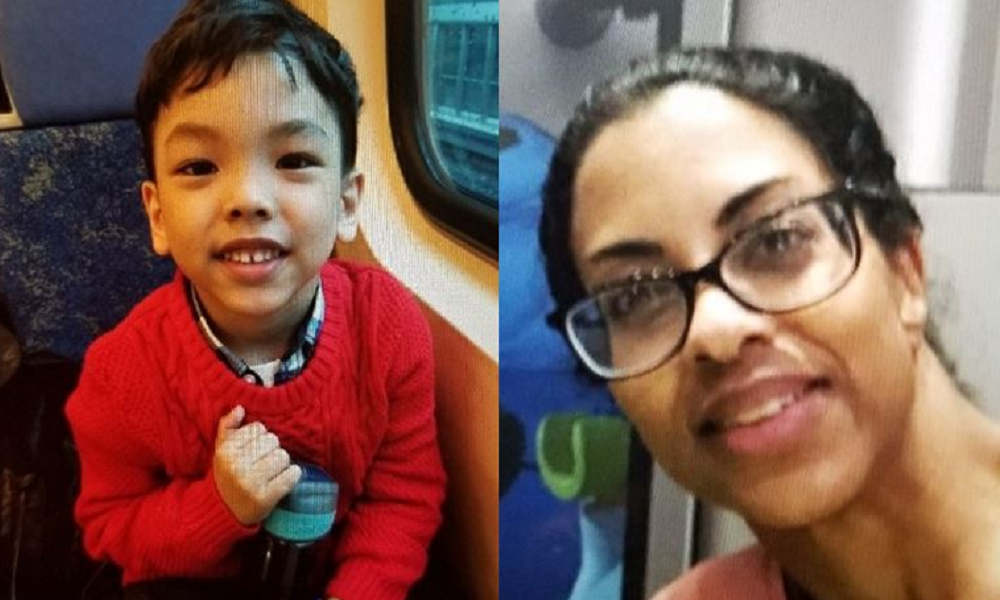 UPDATE: The amber alert has been canceled. Ethan and his mother were found safe at KFC in Tilbury.

An Ontario Amber Alert has been issued for 5-year-old Ethan Montes after he was allegedly abducted from Mississauga by his mother, local officials say. Anyone with information is urged to call 911 immediately.

Ethan was last seen at his school near Cawthra Park between 3 p.m. and 4 p.m. on Wednesday. His father reported him missing on Thursday morning when Ethan’s mother failed to bring him home.

Mohammed may be traveling in a grey 4-door 2003 Toyota Matrix with Ontario plate 379 WTM.

“Juliet does have some preexisting medical conditions that require medication and if she does not take that medication it does cause her to act of character,” Ethan’s father, Akhil Mooken, told CP24. “Attempts to contact Juliet have been unsuccessful and there is concern for both her wellbeing as well as the wellbeing of Ethan.”

Anyone who sees Mohammed, Ethan, or the suspect vehicle is urged to call 911 immediately, or call Peel Regional Police if you have any other information that could help investigators.