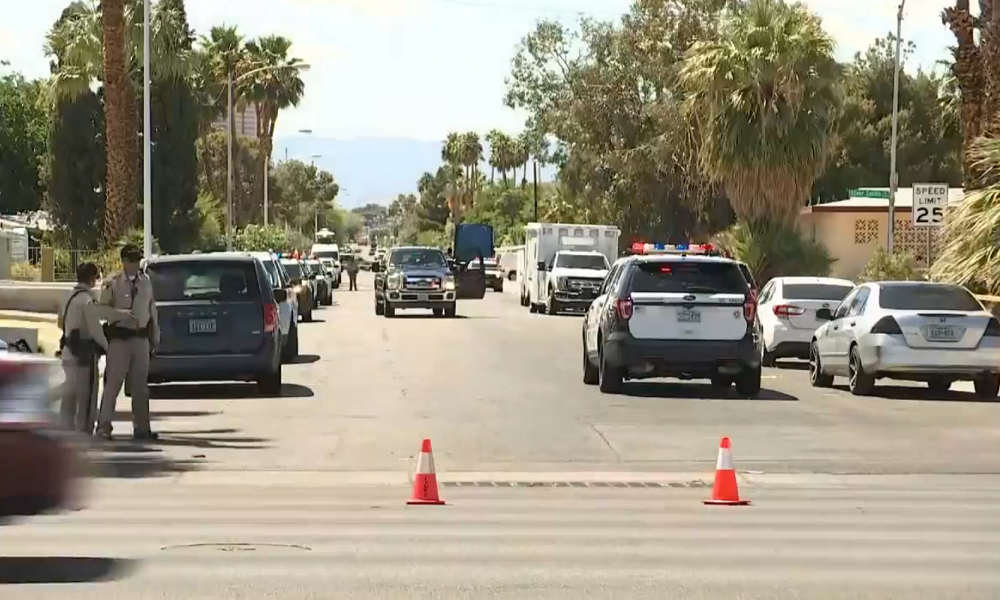 Three people have been shot, two of them fatally, outside a residence in a Las Vegas neighborhood, local officials say. It’s believed to have followed an argument between a man and a woman.

The incident happened just before 12:38 p.m. on Thursday when officers were called to a shooting in the 3200 block of Silver Saddle Street, a residential area near Desert Inn Road and Eastern Avenue.

Officer Larry Hadfield, a spokesman for the Las Vegas Metropolitan Police Department, said a man and a woman were in a verbal confrontation before the shooting, which happened outside a residence.

A man and a woman were killed and another man was taken to an area hospital, where there was no immediate word on his condition. The identities of those involved have not yet been released.

Hadfield said there is no threat to the community.

At the scene where @LVMPD says multiple people were shot on the 3200 block of Silver Saddle, near Eastern/Desert Inn.

As of 1:15pm, homicide Lt. Ray Spencer says his team had not been notified. #RJnow pic.twitter.com/jSI7ScSeDS

15 vehicles involved in major crash on I-70 near Denver