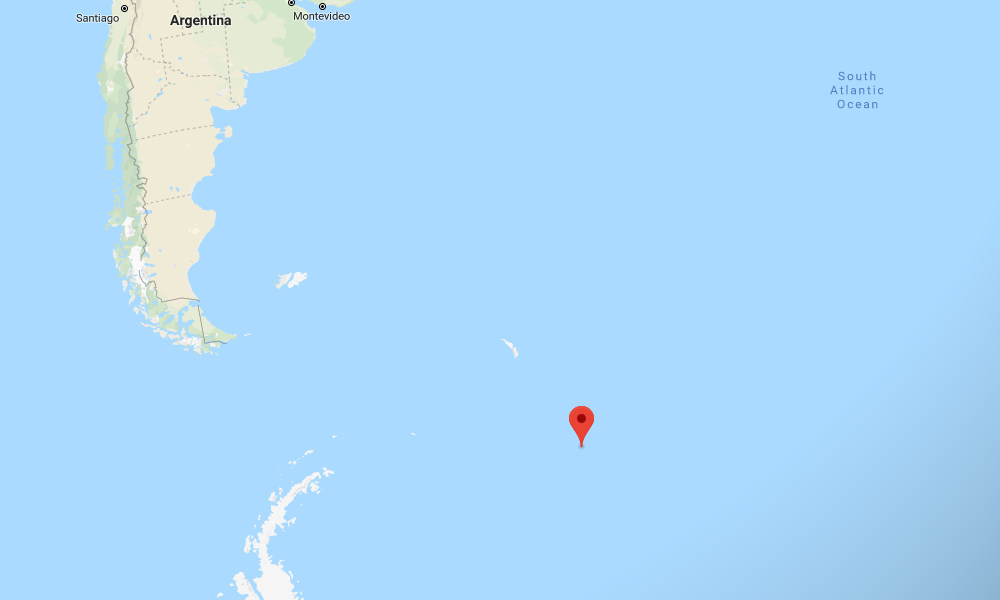 A strong earthquake with a preliminary magnitude of 6.5 has struck the South Atlantic Ocean near the South Sandwich Islands, seismologists say, just days after the region was struck by a similar earthquake. There is no threat of a tsunami.

The earthquake happened at 3:54 p.m. on Tuesday and was centered about 56 kilometers (35 miles) southeast of Montagu Island, which is part of a British overseas territory that is known as South Georgia and the South Sandwich Islands.

The earthquake was initially measured at 6.7, but the magnitude was later downgraded to 6.5, according to the U.S. Geological Survey (USGS). It said the earthquake struck about 47 kilometers (29 miles) below the seabed, making it a shallow earthquake.

“Based on all available data, there is no tsunami threat from this earthquake. No action is required,” the Pacific Tsunami Warning Center said in a bulletin.

Injuries are unlikely because the British overseas territory is uninhabited, although a few dozen staff members stay year-round at scientific bases on Bird Island and South Georgia Island. There are no reports of damage.

Tuesday’s earthquake comes less than a week after a similar earthquake struck the same region. On Friday afternoon, an earthquake measuring 6.5 struck near Zavodovski Island, which is also part of the South Sandwich Islands.