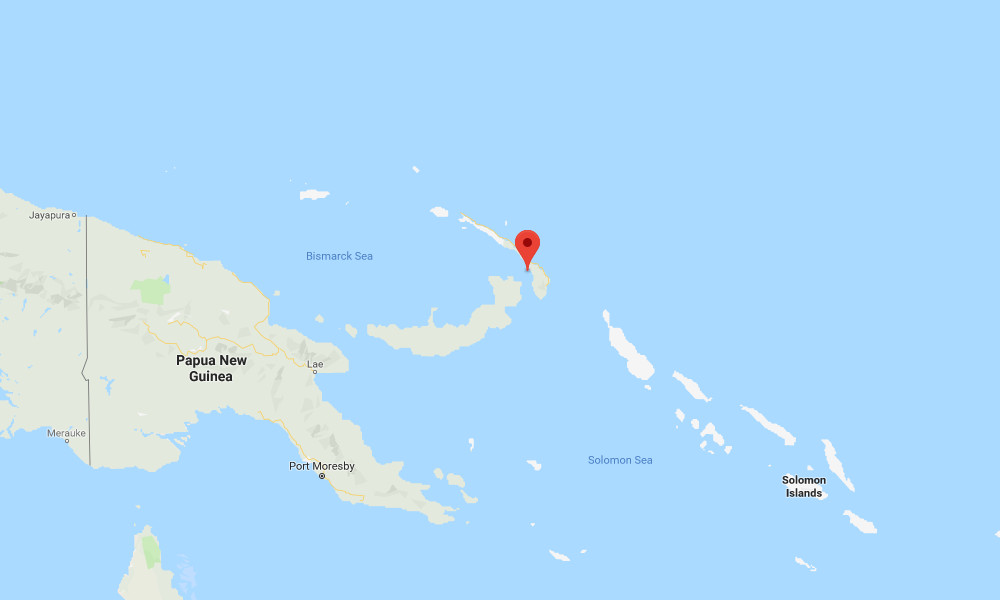 A powerful earthquake measuring 7.5 struck off Papua New Guinea on late Tuesday night, causing a tsunami warning that was later canceled, officials and residents say. There are reports of damage and power outages.

The earthquake, which struck at 10:58 p.m. local time on Tuesday, was centered in waters off the remote island of New Ireland, about 44 kilometers (27 miles) northwest of Kokopo on New Britain.

The U.S. Geological Survey put the magnitude at 7.5, down from an initial estimate of 7.7 from the Pacific Tsunami Warning Center. It said the quake struck 10 kilometers (6 miles) below the seabed, which is very shallow.

The Pacific Tsunami Warning Center immediately issued a tsunami alert for Papua New Guinea and the Solomon Islands, but all warnings were canceled by 12:30 a.m. “The tsunami threat has now largely passed,” the center said in an update.

Because there are no sea level gauges near the epicenter, it was not immediately known if a local tsunami had been generated.

More than 1 million people could have felt Tuesday’s earthquake, including 250,000 people who may have felt “strong” to “very strong” shaking, according to computer models from the USGS. It said the risk of serious damage or casualties is low.

In Kokopo, the power went out and some buildings were damaged, according to residents. The manager of a local hotel told AFP that the earthquake was “massive, absolutely massive” and “very scary.” There were no immediate reports of casualties.

Earthquakes in the mountainous nation, which is on the so-called ‘Pacific Ring of Fire’, do rarely cause damage or casualties because many structures in the region are light and flexible. This allows them to bend, rather than snap, when a major earthquake occurs.

However, earthquakes in Papua New Guinea are capable of causing major landslides, and parts of the mainland are still recovering from a series of powerful earthquakes in February and March of 2018, killing more than 200 people and injuring thousands more.

A 7.2-magnitude earthquake struck near the city of Lae on Papua New Guinea’s mainland last Tuesday, destroying more than 130 buildings, according to local media. There were no reports of serious injuries.

#BREAKING: A tsunami warning has been issued for NGI region after a 7.7 magnitude quake off the Kokopo coast. Residents reported that the quake shook homes, caused shelves to collapse and cut off power. (Picture by Annette Sete) #earthquake #emergency #tsunami #warning pic.twitter.com/IuR1SlnMlJ

Related Topics:earthquakefeaturedPapua New Guinea
Up Next