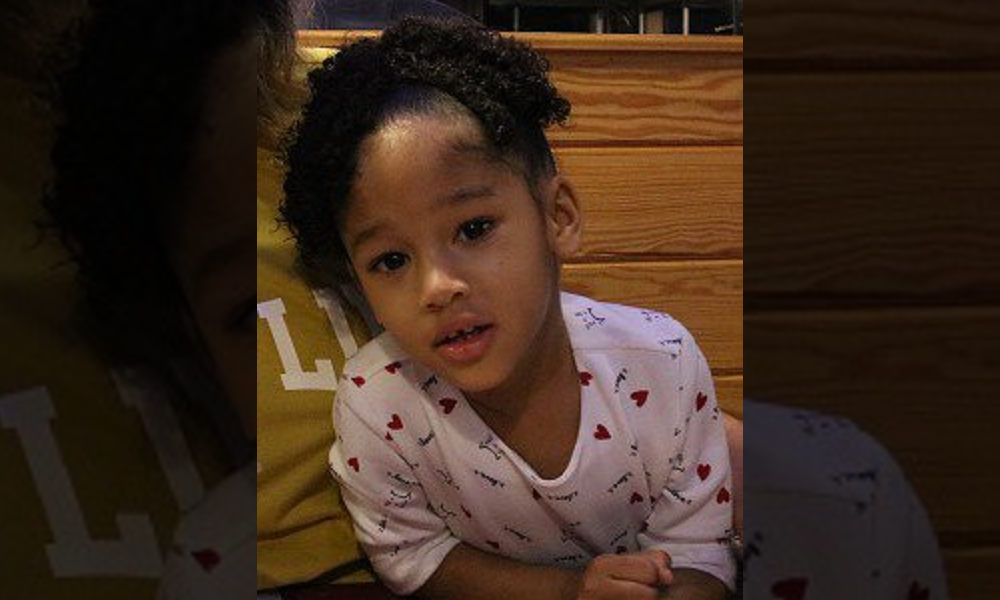 A Texas Amber Alert has been issued for 5-year-old Maleah Davis after she was allegedly abducted in north Houston by three unidentified men in a pick-up truck, local officials say. Anyone with information is urged to call 911 immediately.

Maleah, her stepfather and his two-year-old son are believed to have been abducted in north Houston on Friday night, according to police. The father was assaulted before he and his son were dropped off in Sugar Land at about 8 p.m. on Saturday.

“The abductors kept Maleah with them and drove off,” police said in the amber alert, which was issued on Sunday morning.

The suspects were driving in a blue, crew-cab, Chevrolet pick-up truck, possibly a 2010 model. The vehicle’s license plate number, or the identities of the suspects, are unknown, according to Houston Police.

Maleah is described as a 5-year-old African American female with black hair and brown eyes, standing 3 feet tall and weighing 30 to 40 pounds. She was last seen wearing a light blue Under Armour jacket, blue jeans, and gray Under Armour tennis shoes with pink and white details.

Anyone who sees Maleah or the suspects is urged to call 911 immediately, or call the Houston Police Department at 713-308-3600 if you have any other information that could help investigators. You can also call Crime Stoppers at 713-222-TIPS.