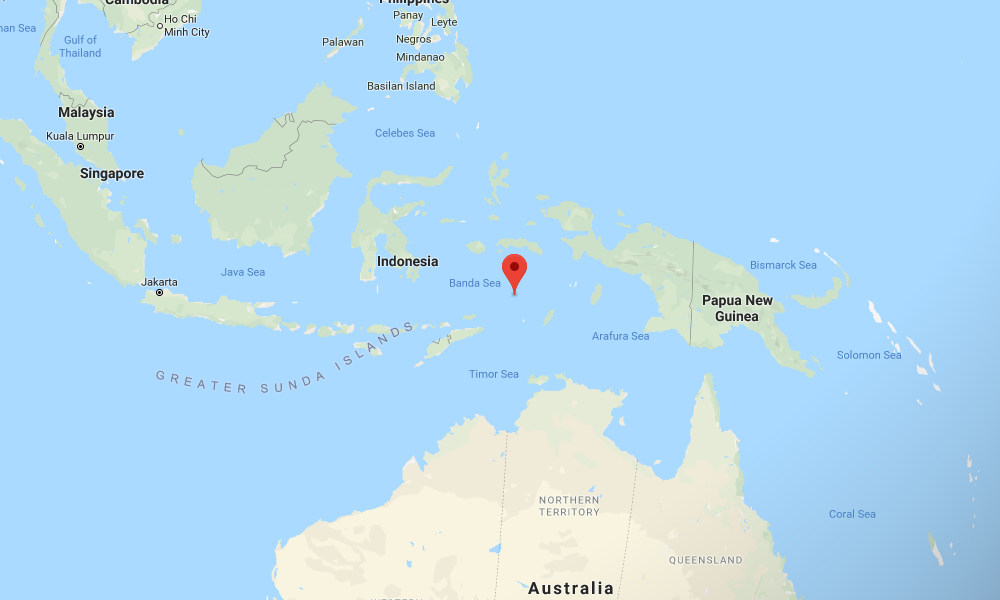 A powerful 7.3-magnitude earthquake has struck the Banda Sea near the Barat Daya Islands in eastern Indonesia, with shaking felt as far away as Australia, seismologists and residents say. No tsunami warnings have been issued.

The earthquake struck at 11:53 a.m. local time on Monday and was centered about 43 kilometers (26 miles) northwest of Mount Nila, or 454 kilometers (282 miles) northeast of Dili, the capital of Timor-Leste (East Timor).

The U.S. Geological Survey (USGS) said the quake measured 7.3 and struck at a depth of 208 kilometers (129 miles), making it a very deep earthquake. Indonesia’s seismological agency BMKG put the magnitude higher, at 7.7.

Tsunami warning centers in Indonesia, Australia, and the U.S. said there was no tsunami threat from Monday’s earthquake. “Based on all available data, there is no tsunami threat because the earthquake is located too deep inside the Earth,” the Pacific Tsunami Warning Center said in a bulletin.

Serious damage or casualties are unlikely due to the earthquake’s location and depth, but shaking was felt as far away as Darwin in Australia’s Northern Territory, where a number of buildings were evacuated as a precaution.

“I’m on a third floor concrete building. Big shake for like 30 seconds, squeaking sound heard all over. No damage so far,” one resident in Indonesia told EMSC. Another resident, in Dili, described the earthquake as strong and said people nearby panicked while running to the emergency exit.

Indonesia is on the so-called ‘Pacific Ring of Fire’, an arc of fault lines circling the Pacific Basin which are prone to frequent and large earthquakes.

Scenes in Darwin city as people evacuated from buildings after what’s believed to be an earthquake @abcdarwin pic.twitter.com/YaTVu3T6ld