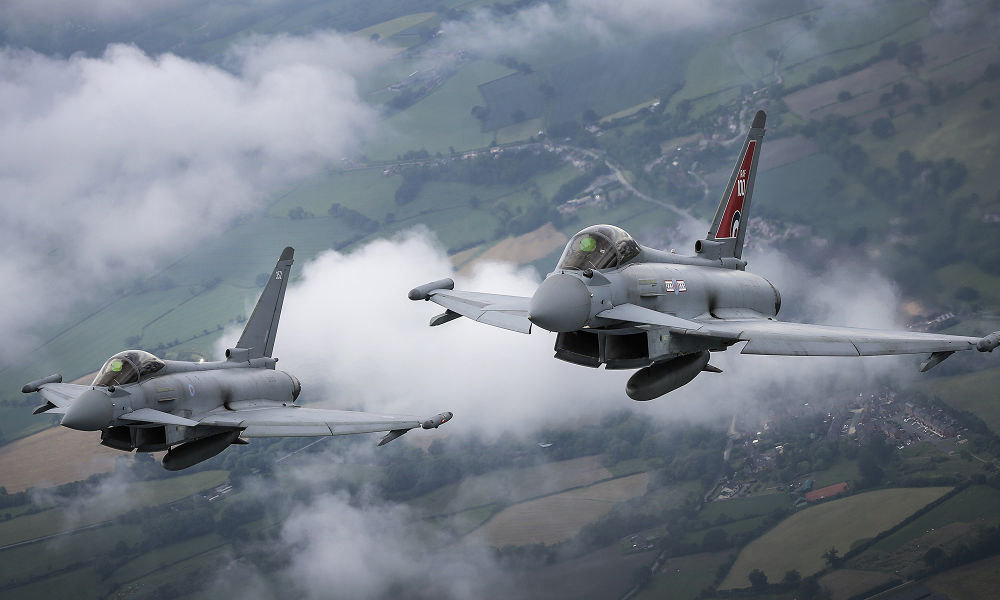 A loud boom was heard and felt across Essex on early Saturday night as two fighter jets were scrambled to intercept a Jet2 passenger plane, local officials say. The plane landed safely at London Stansted Airport and a “disruptive” woman was taken into custody.

The incident happened at 6:40 p.m. on Saturday when people to the northeast of London reported hearing and feeling a “very loud explosion.” Reports were coming in from all over the region, including Dunmow, Harlow, Romford, Bishop’s Stortford, Brentwood, Shenfield, Stansted, Chelmsford, Doddinghurst, Epping, and Saffron Walden.

“It was awful. It sounded like something hitting the house,” one resident in Brentwood was quoted as saying. The sonic boom prompted a flood of calls to 999 from worried residents, some of whom said their house was shaken by the boom.

Officials said two Royal Air Force Typhoons were scrambled and broke the sound barrier after a woman became “extremely disruptive” aboard a Jet2 plane which had taken off from Stansted Airport. It was scheduled to fly to Dalaman Airport in southwest Turkey.

The aircraft landed safely at Stansted Airport while being escorted by the two fighter jets. A spokeswoman for Essex Police said a 25-year-old woman was arrested on suspicion of two assaults and endangering an aircraft. “She remains in custody,” the spokeswoman said.

A statement from Jet2 said the airline was liaising with the relevant authorities to support their investigation. “We are working hard to ensure the remaining customers reach their destination as soon possible,” the airline said.

The Royal Air Force Typhoons are part of the Quick Reaction Alert (QRA) force, which responds to possible violations of British airspace as well as aircraft that may pose a threat.

Related Topics:aviationEnglandsonic boom
Up Next

Iran executes defense contractor on charges of spying for the U.S.