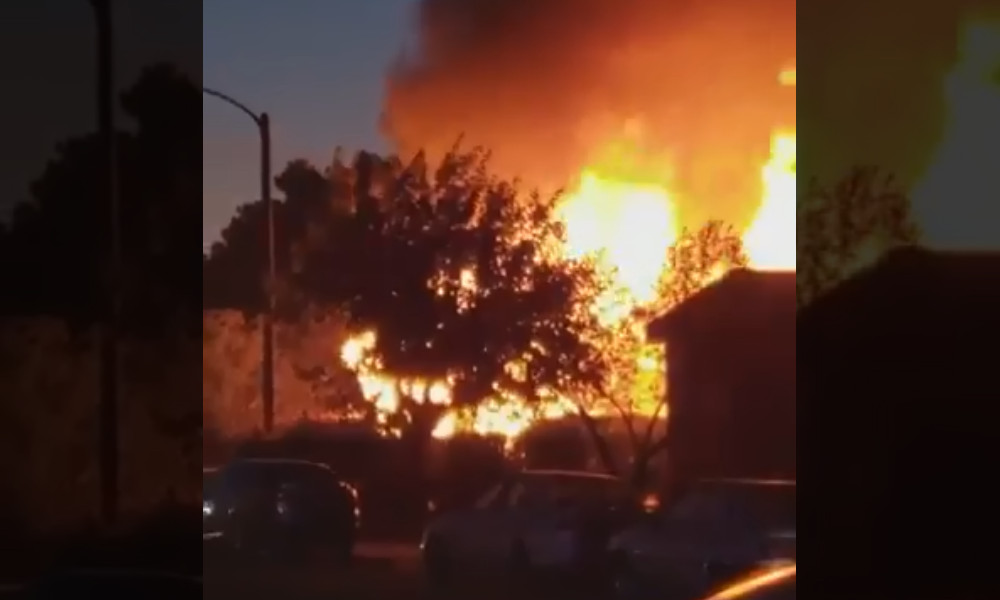 A 7.1-magnitude earthquake struck the Mojave Desert in Southern California on Friday night, causing damage near the epicenter and injuring a number of people, local officials said. It was the second strong earthquake to hit the area in as many days.

The U.S. Geological Survey (USGS) said the temblor measured 7.1, up from an earlier estimate of 6.9. Shaking from the earthquake was felt across Southern California and the wider region, including Los Angeles, Las Vegas, and some areas just across the U.S.-Mexico border.

The website of the U.S. Geological Survey immediately crashed as scores of people tried to find information about Friday night’s earthquake, which followed a 6.4-magnitude earthquake on Thursday morning. That earthquake also caused damage and injured about a dozen people.

Dr. Lucy Jones, a seismologist with the California Institute of Technology (Caltech), said the new earthquake meant that Thursdays’ tremor was a foreshock.

“This is the same sequence. You know [how] we say [there’s a] 1 in 20 chance that an earthquake will be followed by something bigger? This is that 1 in 20 time,” Dr. Jones said.

WATCH: The moment the earthquake was felt at the Morongo Casino in Cabazon, California pic.twitter.com/D5Cj42NHlV

Was eating dinner with @Jeff_Paul when that quake hit earlier. pic.twitter.com/cR1ARW0CxQ

Inyokern Market, west of Ridgecrest right now. Once again, bottles of liquor are shattered on the floor. (Credit to Abdul Hugais) pic.twitter.com/loBCAZZAHt