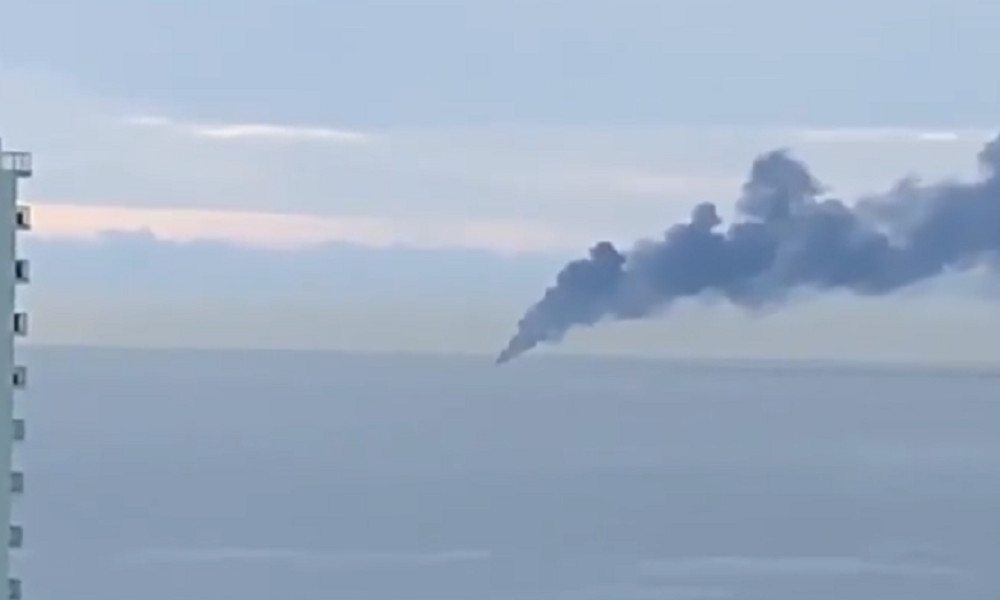 A whale watching boat caught fire off Main Beach in Gold Coast on Wednesday morning, local officials and witnesses say. At least eight people were on board but all are believed to be safe.

The incident began just before 9:30 a.m. on Wednesday when emergency services were called for a boat fire off Main Beach. Footage from the scene showed a black plume of smoke billowing from the boat.

As many as eight people were on board, but all of the occupants were able to escape on a life raft before the boat was fully engulfed in flames. They were later rescued.

Queensland Ambulance said it was responding to the incident, but there were no immediate reports of serious injuries. Other emergency services, including rescue boats and a helicopter, were also called to the scene.

The cause of the fire was not immediately known.

#BREAKING: Eight passengers have been rescued after a whale-watching boat caught fire off the Gold Coast. #TMS7 pic.twitter.com/JO4C6hJoLi

Big boat fire off shore on the Gold Coast. Looks like there’s a few rescue boats and a helicopter out there. #goldcoast @GCBulletin @1029 pic.twitter.com/tqZtLwyWUC

#BREAKING a boat is engulfed in flames off Main Beach on the #GoldCoast. Reports 8 people were on board, several are now in the water. Witnesses have spotted huge flames from their beachside balconies @9NewsGoldCoast @9NewsQueensland pic.twitter.com/kqraM41Lgp