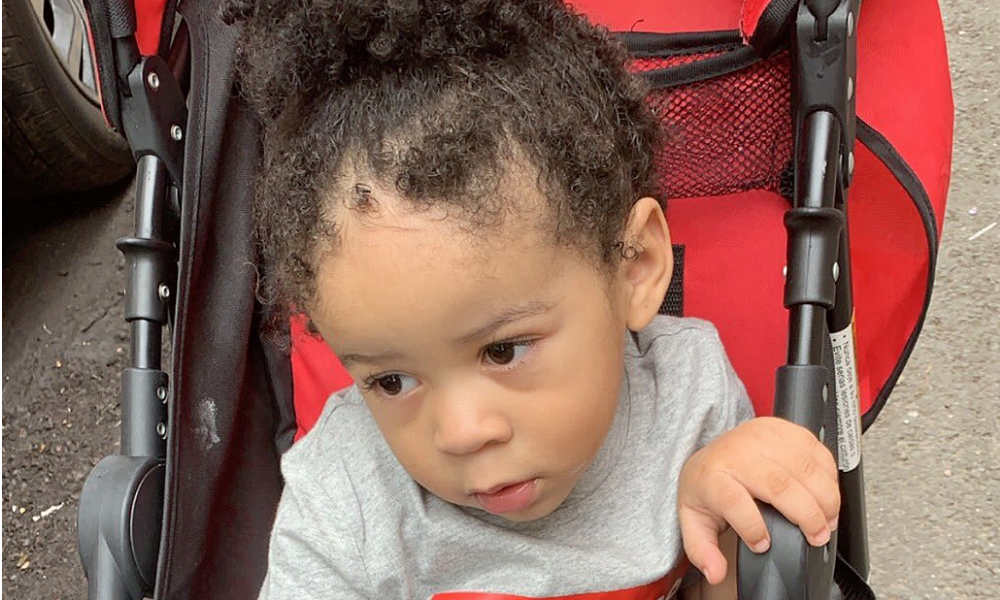 UPDATE: The amber alert has been canceled. Sincere was found safe.

A New York State Amber Alert has been issued for 1-year-old Sincere Gilchrist after the car he was in was stolen in Brooklyn, local officials say. Anyone with information is urged to call 911 immediately.

The incident happened at about 6:50 p.m. on Monday when a car was stolen near 95 Kingston Avenue in Brooklyn, according to the amber alert, which was issued just before 9 p.m. Sincere was sitting in the rear seat on the passenger side of the vehicle.

The suspect has not been identified, but the vehicle which was stolen is a white SUV Mitsubishi with New York license plate HYB6531. “The child was taken under circumstances that lead police to believe that they are in imminent danger of serious harm and/or death,” the amber alert said.

Anyone who sees Sincere or the stolen vehicle is urged to call 911 immediately, or call the New York Police Department at (866) NYS-AMBER if you have any other information that could help investigators.