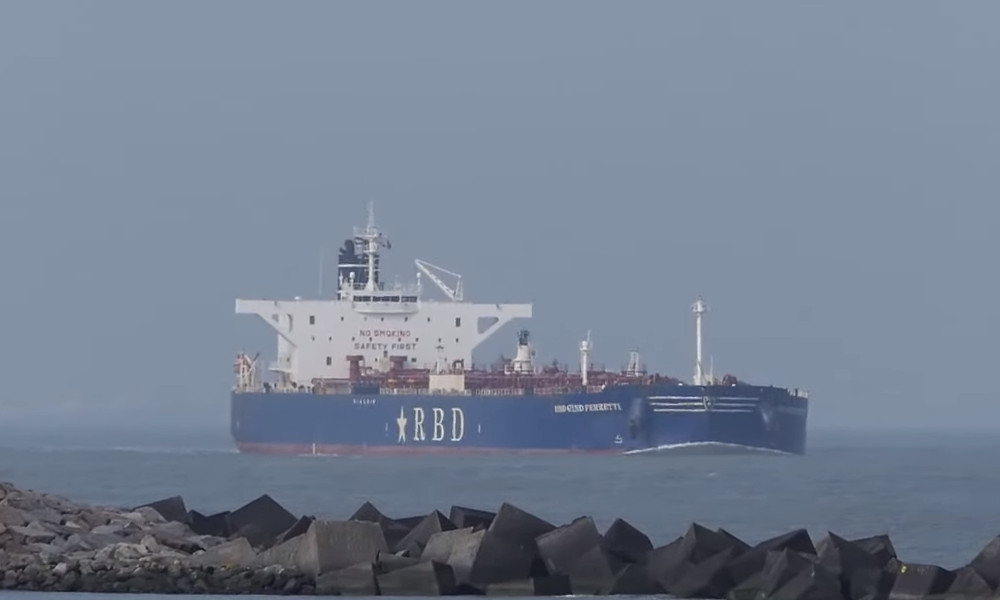 Two people have been killed in an apparent homicide aboard an oil tanker in international waters near the Dutch Caribbean, local officials say. A suspect was taken into custody but it was not immediately clear which country would prosecute the case.

The incident happened earlier this week when the RBD Gino Ferretti, an Italian-flagged crude oil tanker, was sailing from Suape Port in eastern Brazil to Sint Eustatius, a small Caribbean island which is part of the Netherlands.

“While still on the way, the captain had reported an incident on board his boat,” the Caribbean Netherlands Police Force said in an e-mailed statement on late Friday night. Officers boarded the vessel on Thursday and discovered the remains of two people.

The cause of death was not immediately released, but police said the two men were believed to have died “as the result of a crime.” Other details about the circumstances have not been released. The victims were described as two men from the Philippines, respectively 33 and 42 years old.

A 43-year-old man from the Philippines was taken into custody in connection with the apparent double homicide. He was expected to be taken off the ship, but “bureaucratic regulations” caused a delay and the suspect remains locked up on board the tanker, which is anchored off the coast, according to the local newspaper the Daily Herald.

It was not immediately clear if the Netherlands would prosecute the apparent double homicide, which happened in international waters on board an Italian-flagged vessel with victims and a suspect from the Philippines. Vessels traveling in international waters are typically subject to the laws of the country to which the ship is registered.