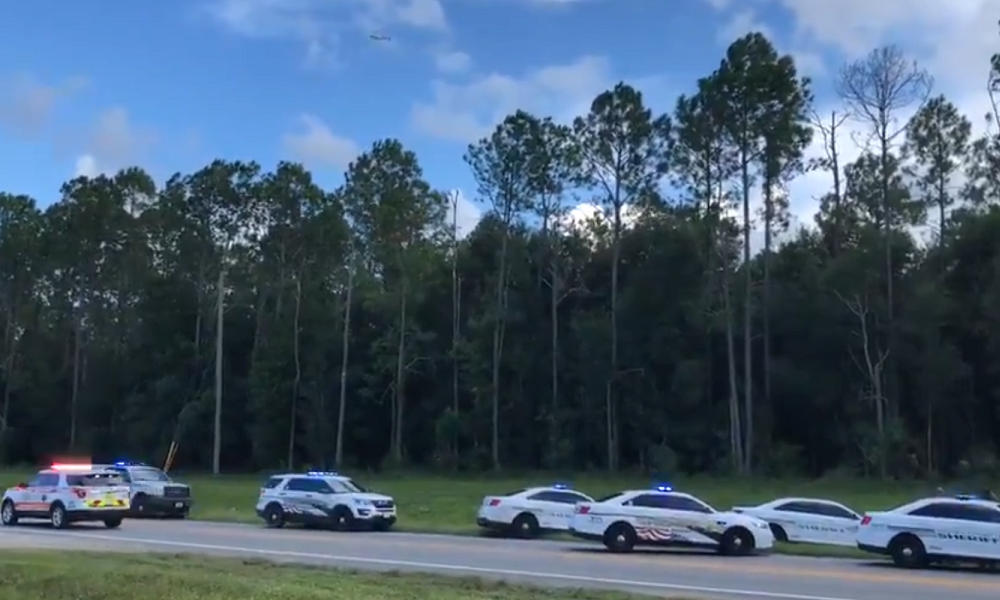 A small plane crashed and burst into flames in a wooded area in Florida, killing all three people on board, local officials and witnesses say. The cause of the crash was not immediately known.

The accident happened at about 4 p.m. on Sunday when the twin-engine plane, a Cessna 421, went down in a wooded area near State Road 44 and South Grand Avenue in DeLand, about 31 miles (50 kilometers) north of Orlando.

“It was coming this way and it rolled over and it rolled back up right, and then it kind of spiraled around and went down,” one of the witnesses told Patricio Balona, a local reporter. Authorities confirmed that three people were on board and no one survived.

“Units responding to the crash site in the woods discovered 3 people with no pulse,” said Andrew Grant, a spokesman for the Volusia County Sheriff’s Office. “Several witnesses in the area reported seeing the plane go down.”

The cause of the crash was not immediately known, and there was no word on the identities of those on board. The Federal Aviation Administration (FAA) and the National Transportation Safety Board (NTSB) are both investigating.

Authorities said 3 people were killed when an 8-passenger twin-engine plane crashed in the woods near 2094 State Road 44 close the intersection with Granf Avenue west of #DeLand on Sunday. pic.twitter.com/n9VHAtrICx