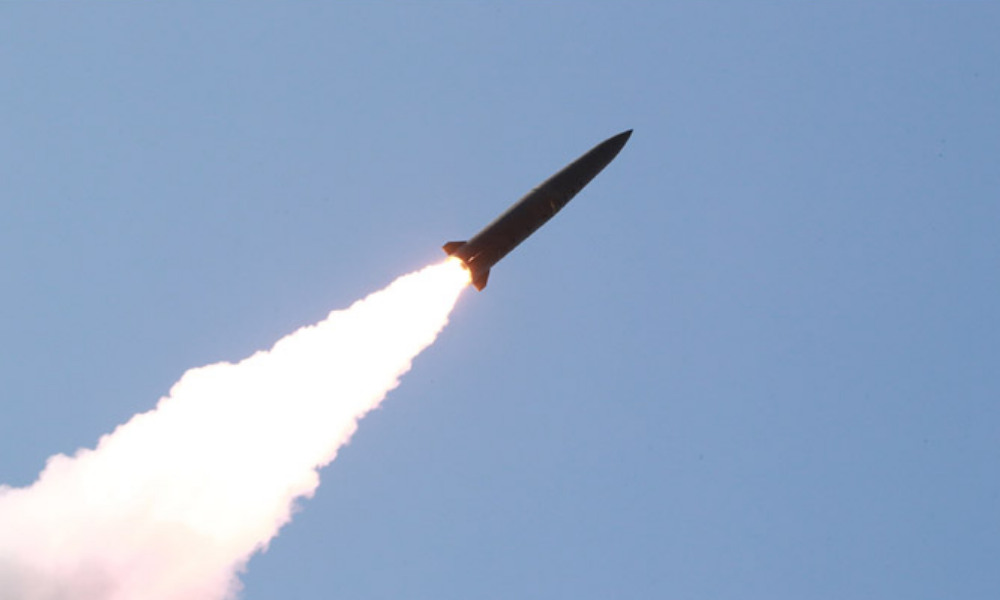 North Korea test-fired a submarine-launched ballistic missile on Wednesday morning, just hours after agreeing to resume long-stalled nuclear talks with the United States, South Korean officials say. It was also the missile with the longest range in nearly two years.

The test happened at about 7:11 a.m. on Wednesday when a missile was fired off the east coast near Wonsan in Kangwon Province, according to South Korea’s military. CNN, citing U.S. officials, reported that the missile was not fired from a submarine but from a launch platform designed for missile tests.

The missile flew a distance of 450 kilometers (280 miles) and reached an altitude of 910 kilometers (565 miles) before falling in the Sea of Japan, South Korea said, making it the longest range in nearly two years. Missiles of this range are also referred to as intermediate-range ballistic missiles (IRBMs).

“If flown on a standard trajectory with the same payload, that missile would have a maximum range of about 1,900 km (1,200 miles),” said David Wright, a co-director of the Global Security Program at the U.S.-based Union of Concerned Scientists.

Japan initially reported that two missiles were launched, but Defense Minister Tarō Kōno later clarified that the missile appeared to have separated. One of those parts reached Japan’s exclusive economic zone (EEZ). Planes and ships in the area were not affected.

Tensions were even higher in 2017, when North Korea carried out a nuclear test and a series of missile launches. Kim Jong Un declared the completion of the country’s nuclear force after the successful test of a long-range missile which is capable of reaching all parts of the United States.