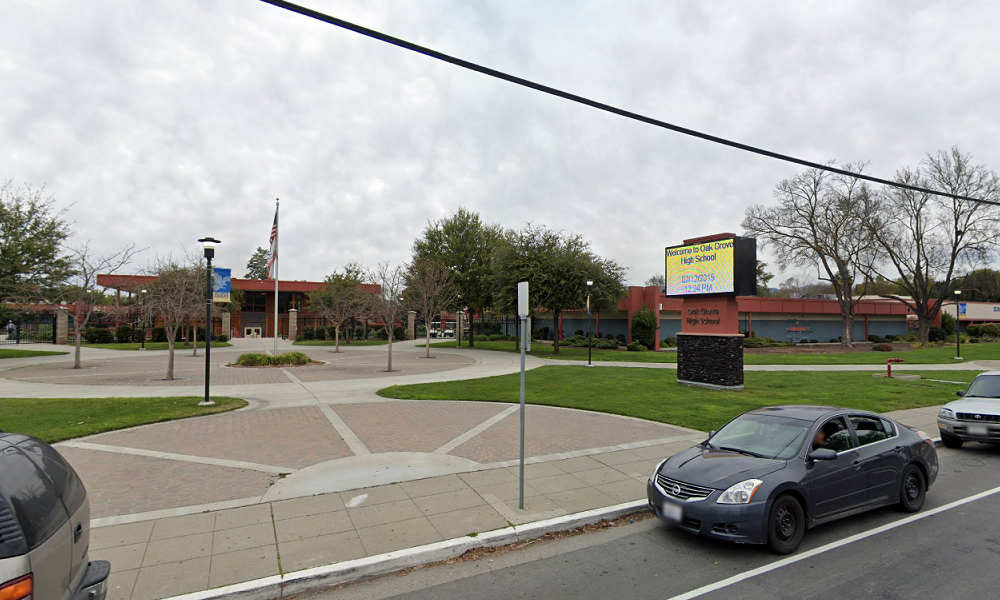 A suspicious package which was found near a high school in Northern California on Tuesday was a functioning explosive device, police said on Wednesday. It’s unknown who left the bomb or what may have been the motive.

The incident began on late Tuesday morning when a staff member at Oak Grove High School in San Jose, which is part of Silicon Valley, found a suspicious device near the student parking lot and brought it to the administration building.

“Patrol officers arrived on scene and evacuated the administration building and a shelter-in-place was issued for students and staff,” San Jose police spokeswoman Gina Tepoorten said on Wednesday. “The San Jose Police Bomb Unit responded to the school and determined it to be a functioning explosive device.”

Due to safety concerns, all students and staff members were evacuated while the explosive device was rendered safe by the bomb unit, Tepoorten said. Bomb detection dogs conducted a search of the school and no additional devices were found.

“We are working with both Santa Clara County and FBI crime labs to obtain a full analysis of the device and its contents,” Tepoorten said. “As a reminder, if a member of the public locates a suspicious device, please do not touch it, back away, and immediately call police.”

It’s unknown who left the bomb or what may have been their motivation.

“Although uncomfortable to discuss, it’s necessary for our community to understand that we are not immune from these types of despicable acts, and ask that we all remain vigilant,” San Jose Police Chief Eddie Garcia said in a statement. It said there will be an increased police presence at Oak Grove High School.

Anyone with information about the case or video surveillance of the area is asked to contact San Jose Police Detective Joel Martinez at (408) 464-8379. If you prefer to remain anonymous, call the Crime Stoppers Tip Line at (408) 947-STOP (7867).