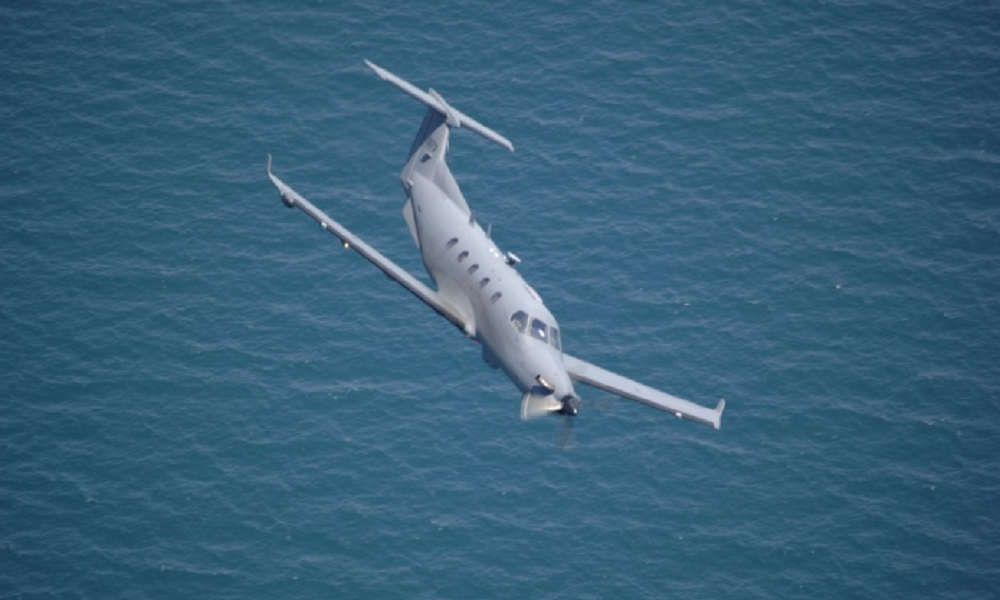 File photo of a U-28A, the military version of the Pilatus PC-12
Advertisment

A small business plane carrying 12 people has crashed near Chamberlain in South Dakota, local and federal officials say. At least nine people were killed, including children, and three others are believed to have survived.

The accident happened on early Saturday afternoon when the aircraft, a single-engine Pilatus PC-12, took off from Chamberlain Municipal Airport for a flight to Idaho. The crash happened in a rural area about 1 mile (1.6 km) southwest of the airport.

Officials confirmed that 12 people were on board the aircraft. Nine of them were killed in the crash, including the pilot and two children, and three survivors were taken to Sioux Falls for treatment. All three are in critical condition.

The cause of Saturday’s crash was not immediately known, but weather conditions were poor when the plane went down. “FAA investigators are on their way to the accident site, and the National Transportation Safety Board has been notified,” FAA spokeswoman Elizabeth Isham Cory said.

Cory said the single-engine plane was taking off for a flight to Idaho Falls Regional Airport, which typically takes about 2 hours. There was no immediate word on the identities of those on board, but federal records show that the aircraft was registered to Conrad & Bischoff, a company based in Idaho.

Chamberlain is located along the Missouri River, about 130 miles (210 km) west of Sioux Falls.