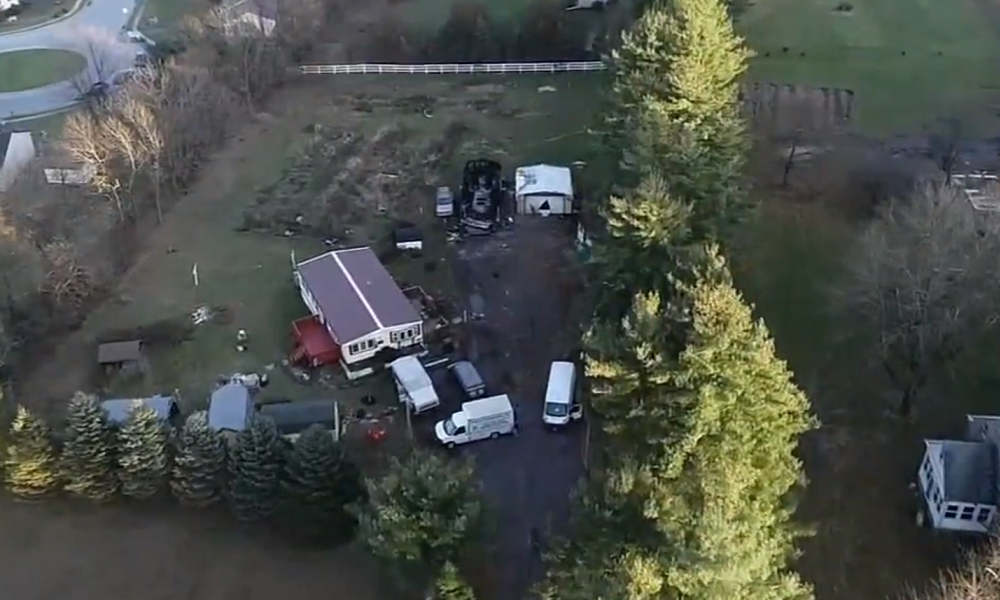 Two people who were found dead inside a home in Pennsylvania over the weekend were killed with a hammer before the suspect committed suicide by setting himself on fire, officials said on Monday. Four animals were also killed.

The incident was first reported at 5:30 p.m. on Saturday when firefighters were called to a garage fire at 931 Chestnut Street in Union Township in Berks County, about 38 miles (61 kilometers) northwest of Philadelphia.

Once the fire was extinguished, firefighters found the remains of three people, two dogs, and two cats.

Pennsylvania State Police spokesman David Beohm said on Monday that two of the victims, who were identified as 63-year-old Joanne Deluca and 60-year-old Ira Reed, Jr., were killed inside their home. “Both died from blunt force trauma. The weapon used was a hammer,” Beohm said.

In addition to the double murder, two dogs had their throats slashed and two cats were stomped to death. “One of our veteran investigators said it was the worst crime scene he has ever seen,” a state police official said at a press conference on Monday.

The suspect is believed to have gone to a nearby garage after carrying out the brutal killings. “It is there where the actor used a flammable substance to ignite themselves. The ensuing fire damaged a car and the garage,” Beohm said. “The cause of death was smoke inhalation.”

The suspect’s identity was not immediately known pending DNA testing, and there was no word on a possible motive. Neighbors told local media that a family of three – a couple and an adult son – moved to the property several years ago after losing their New Jersey home in Superstorm Sandy. The son has not been heard from since the incident.