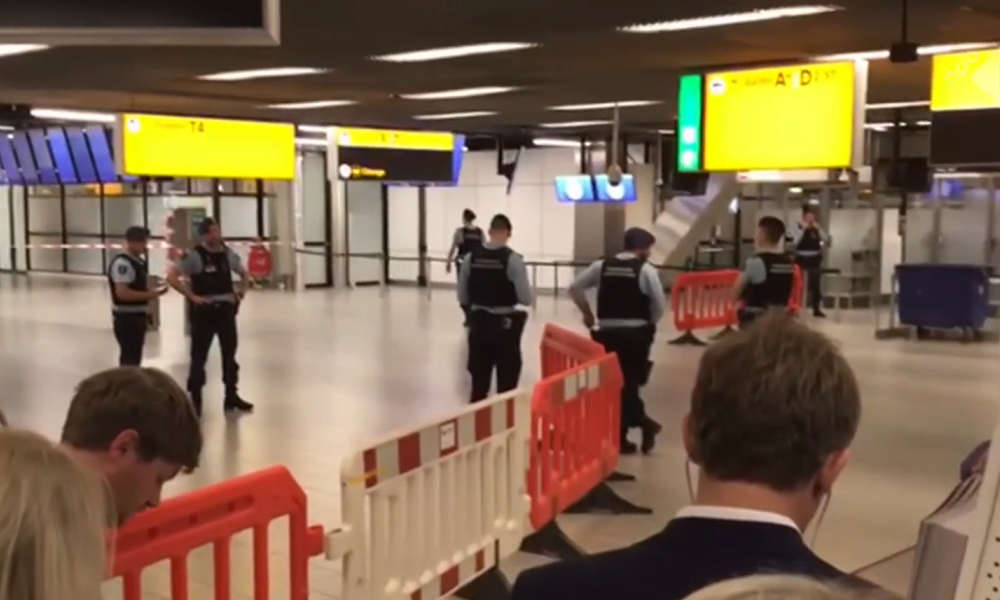 A major security alert was declared at Amsterdam Schiphol Airport in the Netherlands when a pilot sent a hijacking alert, but everyone was evacuated safely and the incident was deemed a false alarm, officials and sources say. Air Europa has apologized for the mistake.

The incident began just before 7:30 p.m. on Wednesday when the captain of a departing Air Europa flight entered transponder code 7500, which signals a hijacking. A major incident was immediately declared and a large number of emergency services, including heavily-armed police units, were called.

Officials said the incident occurred during the boarding process and at least 27 passengers were already on board the plane. Heavily-armed police units boarded the plane about an hour later and everyone was safely evacuated. No one was injured.

“False alarm. On the flight Amsterdam-Madrid [this evening], a warning that triggers hijacking protocols was activated at the airport by mistake,” Air Europa said in a statement. “Nothing has happened, all the passengers are safe and sound waiting to fly soon. We deeply apologize.”

A source told De Telegraaf newspaper that the hijacking alert was triggered by the captain who hit ‘send’ by accident while showing an intern what the transponder codes are used for. When such an alert is sent, it cannot be canceled until security forces confirm what happened.

North Korea says talks with U.S. on ‘the verge of extinction’