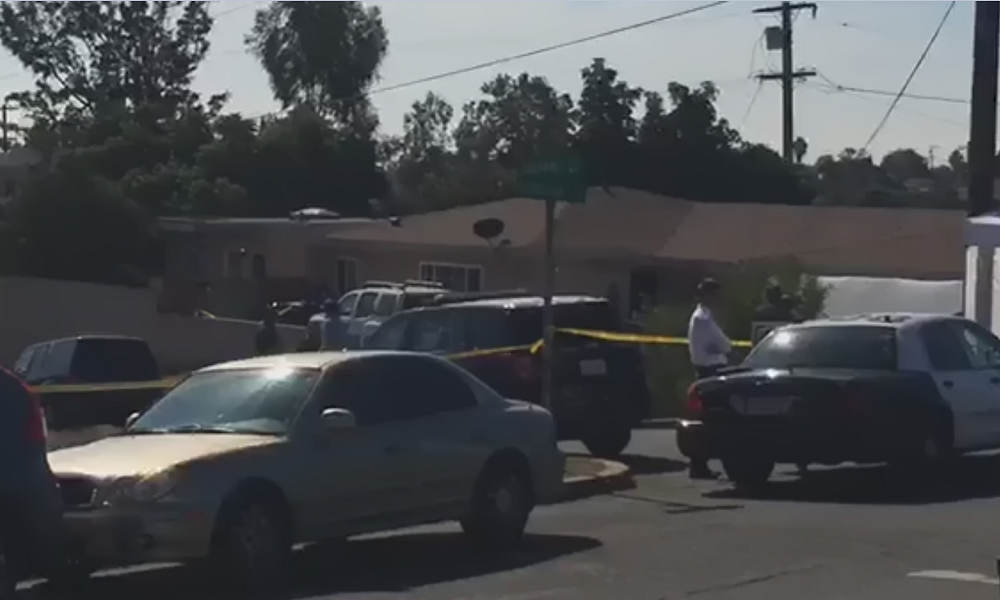 Five people were killed, including three young children, when gunfire erupted during an incident of domestic violence at a home in San Diego, officials say. The suspected shooter is among those killed and the sole survivor, an 11-year-old boy, remains in “very critical” condition.

The shooting happened just before 7 a.m. on Saturday when officers received a 9-1-1 call from a residence in the 2100 block of Flintridge Drive in Paradise Hills, a neighborhood in the city’s southeast. No one spoke to the dispatcher but a commotion was heard in the background with someone being asked to leave.

Moments later, as officers were responding to the scene, a relative at an adjacent residence also called 9-1-1, telling police that he had heard an argument and the sound of what he initially believed was a nail gun. Officers arrived at the residence about a minute later.

“They knocked on the front door of the granny flat but they heard no response, so they went over to the back of the granny flat and, through the window, they saw a child down, covered in blood,” reporter Rina Nakano said, citing information from San Diego Police. “They weren’t able to get any doors open, so what they had to do is break out the front window of that granny flat to make entry, and at that point they found many people with gunshot wounds.”

Those killed and injured were identified as two parents and their four children, but their names were not immediately released at the request of their family. Police said the couple was separated and officers were called to the home earlier this month in reference to a disturbance over property. One resident said police were also called to the home on Friday night.

“It’s still very early in the investigation, but it appears to be a tragic case of domestic violence/murder-suicide. We do know the victim had attained a restraining order yesterday. It’s unclear if that order had been served, but we do believe the suspect was aware of it,” Police Chief David Nisleit said. “We believe the male came over this morning. There was some kind of argument or disagreement and he used the handgun and shot his family before turning the gun upon himself.”

Paradise Hills shooting update: 5 people dead, 2 adults and 3 children. Shooter is believed to be one of the dead pic.twitter.com/bFguMMwDIQ