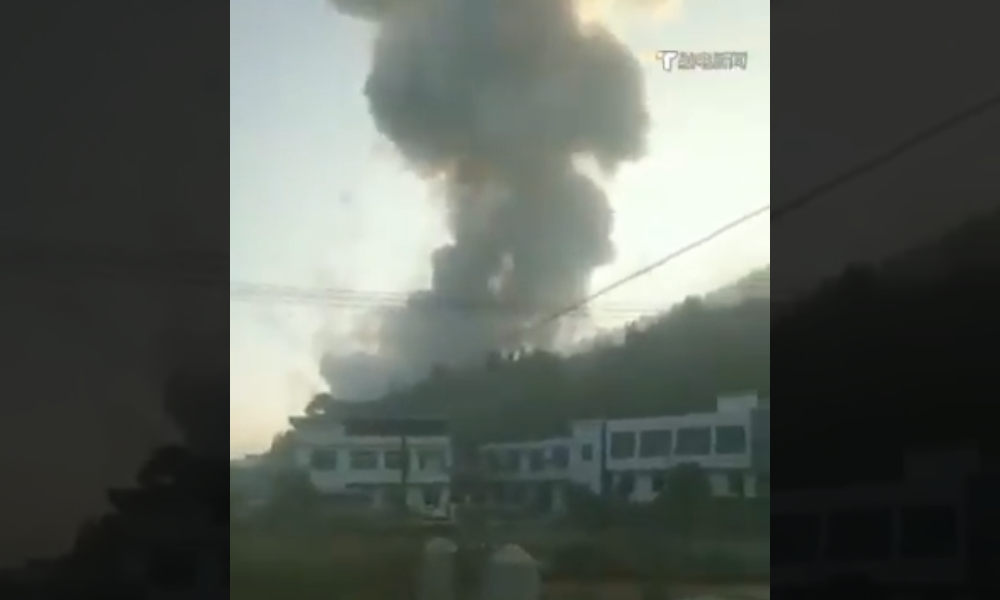 Seven people were killed Wednesday and more than a dozen were injured when a large explosion ripped through an illegal fireworks factory in central China, local officials say. At least two people were taken into custody.

The accident happened at 7:50 a.m. on Wednesday when an explosion occurred at a workshop in Liuyang, a city in Hunan Province. Authorities said the workshop was used for the illegal production of fireworks and firecrackers.

Footage on social media showed a large plume of smoke billowing from the scene, but the cause of the explosion was not immediately known. The local government said at least 7 people were killed and 13 others were taken to hospital for non-life threatening injuries.

Those responsible for the workshop were taken into custody, according to state-run media.

China is the largest manufacturer and exporter of fireworks in the world. Most accidents happen towards the end of the Gregorian calendar’s year when demand for fireworks is high in all parts of the world, but demand is also high in January and February, when Chinese New Year festivities take place.

COVID-19 in animals: 4 tigers and 3 lions at the Bronx Zoo