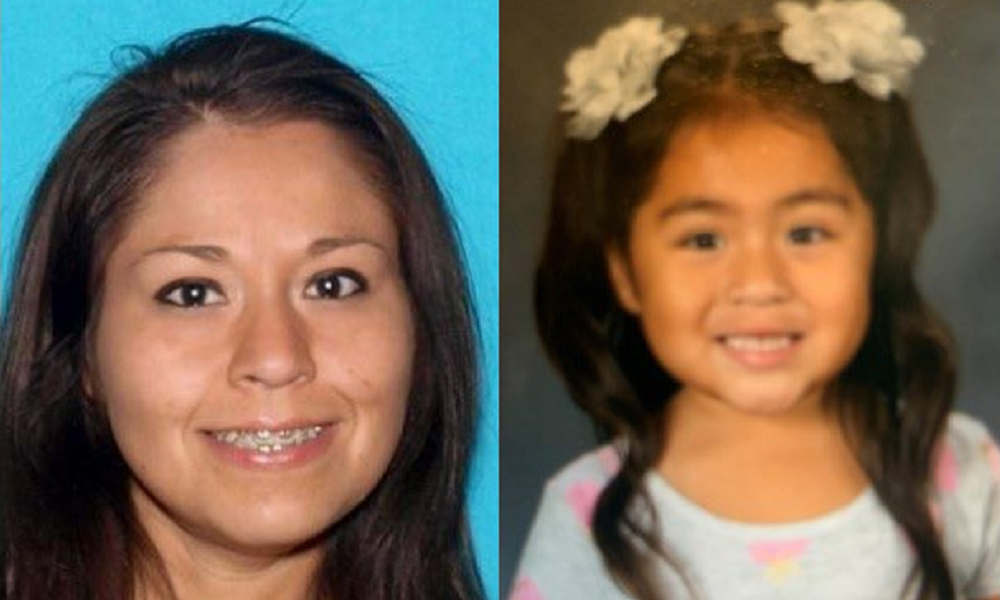 UPDATE: The amber alert has been canceled. Josephine was found safe and her mother was taken into custody.

A California Amber Alert has been issued for 3-year-old Josephine Lujan after she was allegedly abducted from Garden Grove in Orange County, local officials say. Anyone with information is urged to call 911 immediately.

Josephine was last seen with her mother, 39-year-old Christina Lujan, at 1:50 p.m. on Friday in Garden Grove, according to the amber alert. Details about the circumstances of the abduction were not immediately released.

“Christina Lujan should be considered armed and dangerous,” the California Highway Patrol said in the amber alert. She is believed to have taken Josephine in a gold color 2012 Ford Escape with California license plate number 6ZPF343.

Anyone who sees Josephine, Christina, or the suspect vehicle is urged to call 911 immediately, or call the Garden Grove Police Department or the California Highway Patrol if you have any other information that could help investigators.