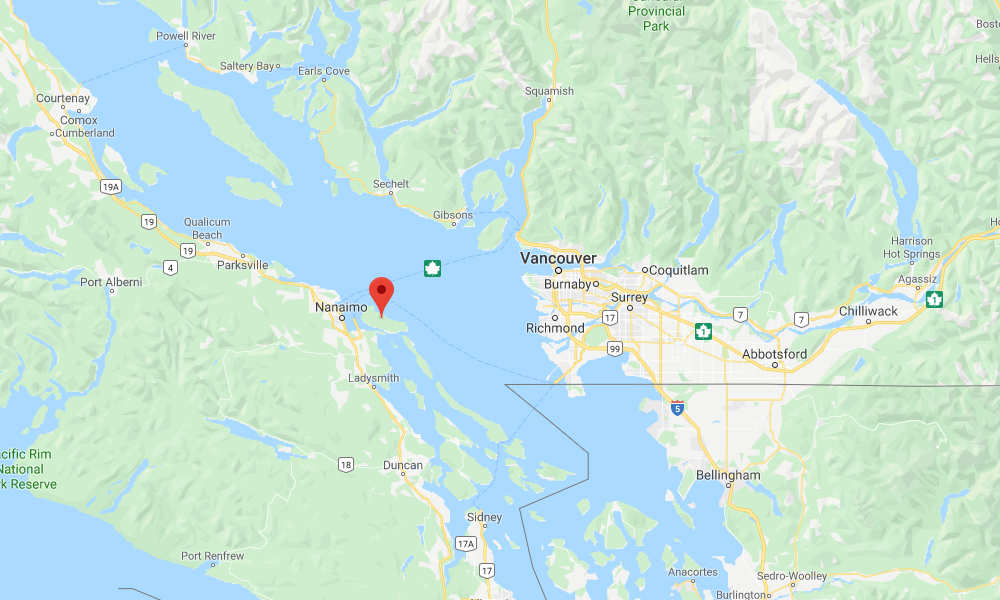 A small plane flying from the United States has crashed on Gabriola Island after crossing into Canada, killing everyone on board, local officials say. It was not immediately clear how many people were on board or where the plane was heading.

The accident happened just after 6 p.m. PT on Tuesday when the plane, a Piper PA-60 Aerostar aircraft, went down in the northwest corner of Gabriola Island, about 6 kilometers (3.5 miles) northeast of Nanaimo, or 54 kilometers (34 miles) southwest of Vancouver.

“[Royal Canadian Mounted Police] members traveled to the scene and are confirming multiple fatalities from this crash,” the BC Coroners Service said in a statement. There was no official word on the number of people on board, but a PA-60 Aerostar aircraft can carry up to 6 people.

Officials said there were no survivors.

“I heard a roar of an engine, which didn’t sound like a car engine. It was really loud and then I heard a crash, and a little bit after that I heard an explosion,” nearby resident Bette Lou Hagen told Chek News. “We didn’t know what it was and we were really scared.”

Data from online flight trackers showed that the plane began to descend as it approached the Canadian border, and it crashed on the island about 20 minutes later. It did not show where the plane was flying to or from, but it first appeared on trackers while gaining altitude near Pizona, a small community in Mono County, California.