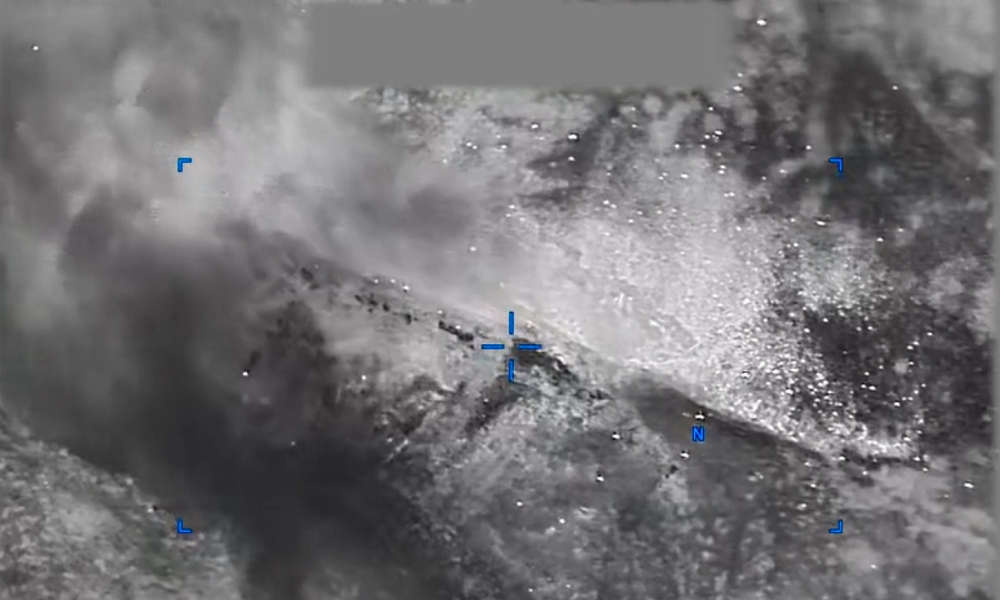 Aftermath of U.S.-led airstrike against an ISIS cave complex in the Hamrin Mountains in Iraq (Credit: CJTF)
Advertisment

U.S.-led forces have destroyed a cave and tunnel complex in northeast Iraq which was used by Islamic State militants to smuggle weaponry and to facilitate the movement of senior leaders, U.S. officials said on Thursday.

The airstrikes, which were carried out on Wednesday in coordination with the Iraqi government, targeted 10 caves across the Hamrin Mountains. The mountains extend from Diyala Province, which borders Iran, to Saladin and Kirkuk provinces.

The U.S.-led coalition described the mountains as a known “safe haven” for ISIS militants with complex tunnel and cave systems which are used to smuggle weapons, facilitate the movement of senior leaders, and to plot terrorist attacks.

“Daesh senior leaders and their operatives have used the rugged mountains as one of their last remaining operating areas in Iraq,” the coalition said in a statement on Thursday.

After the airstrike, Iraqi soldiers and security forces found ISIS documents, electronic devices, and fragments of weapons and other equipment. The coalition said the initial estimates are that 5 to 10 fighters were killed, but much of the cave complex is inaccessible and the ground search continues.