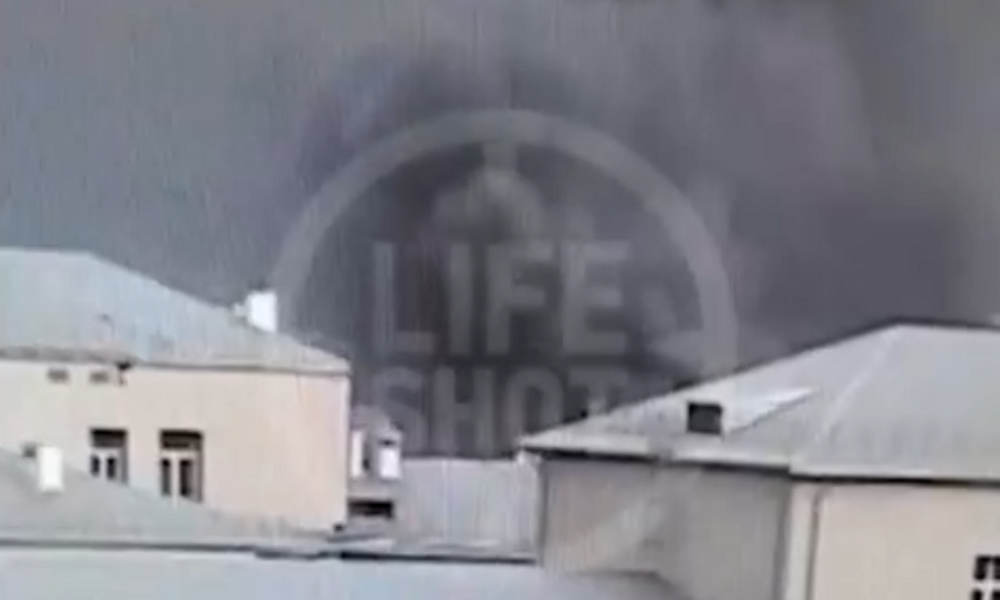 A patient who was being treated for coronavirus was killed Saturday when a fire erupted at a hospital in northern Moscow, local officials and witnesses say. It’s believed the fire was caused by medical equipment.

The incident began at 8:30 p.m. local time when firefighters were called to Spasokukotsky Hospital in the north of Russia’s capital. Footage from the scene showed thick plumes of black smoke, but the fire was quickly brought under control and extinguished by 9:03 p.m.

The TASS news agency said the fire was caused by a malfunction of medical equipment in an intensive care unit on the first floor of a six-story building, where about 100 people with coronavirus were being treated, although the facility also has patients with other illnesses.

“For safety reasons, about 200 people were removed from the building. Unfortunately, one person died,” the emergencies ministry said in a statement. The Interfax news agency said the victim was being treated for coronavirus.

Moscow Mayor Sergey Sobyanin sent his condolences to the friends and family of the victim, whose identity was not immediately known. “All patients were evacuated and will be taken to other hospitals,” the mayor said.

Saturday’s fire came just hours after Russia reported 10,817 new cases of coronavirus, taking the country’s total to nearly 200,000, of which more than half are in Moscow. Russia has reported 1,827 deaths from coronavirus.

Moderate earthquake hits off the Philippines, felt in Manila