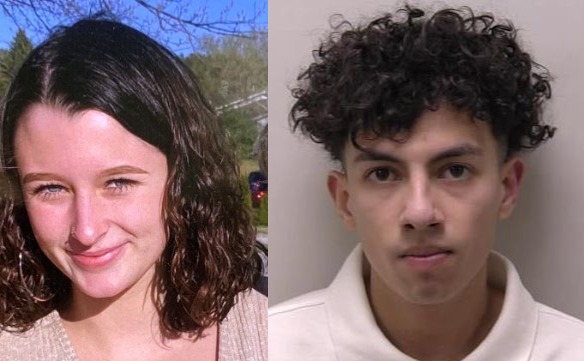 A Michigan Amber Alert has been issued for 15-year-old Anna Mae Taylor after she was allegedly assaulted and abducted in Grand Traverse County, local officials say. Anyone with information is urged to call 911 immediately.

Anna was last seen with the suspect, 20-year-old Brandon Reyes, in the area of Keystone and Hammond Roads in Garfield Township, near Traverse City, between 2 and 4 a.m. on Sunday. Specific details about her disappearance were not immediately released.

“There is information and evidence indicating that Reyes may have assaulted Taylor and neither the family nor law enforcement have been able to contact or determine the whereabouts of these individuals,” police said in a statement.

Anna and Reyes are believed to be traveling in a gray or silver 2006 Chrysler 300 with Michigan license plate “BREYES.” Reyes is considered dangerous and may be armed with a handgun and a hammer.

Anna is described as a 15-year-old female with brown hair and hazel eyes, standing 5 feet 4 inches tall and weighing 110 pounds. She was last seen wearing a gray t-shirt and black Nike spandex pants with a neon waistband.

Reyes is described as a 20-year-old male with brown hair and brown eyes, standing 5 feet 6 inches tall and weighing 110 pounds. Details about the nature of his relationship to Anna, if any, were not immediately known.

Anyone who sees Anna, Reyes, or the suspect vehicle is urged to call 911 immediately, or call the Traverse County Sheriff’s Office at 231-922-4550 if you have any other information that could help investigators.