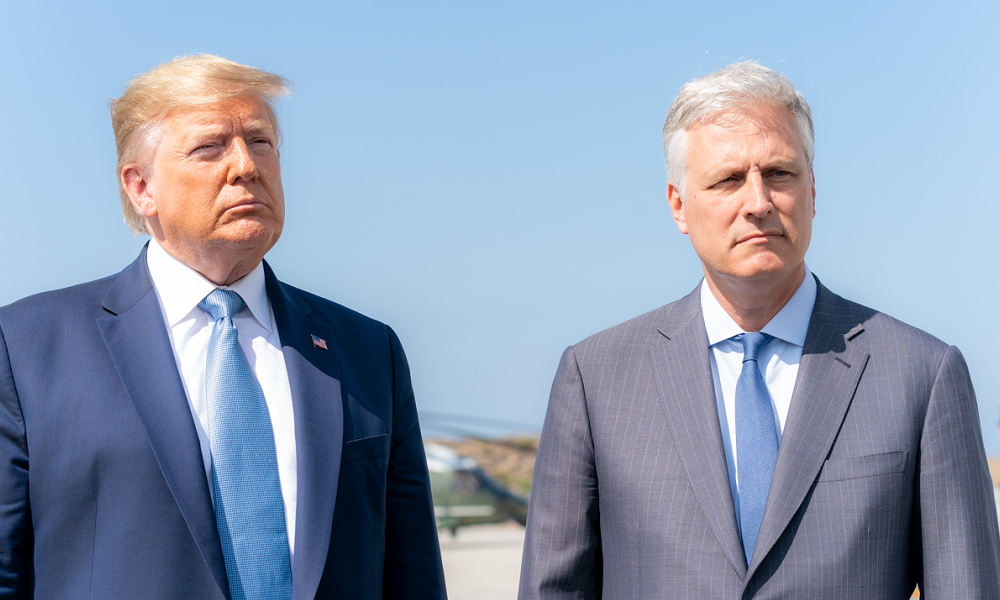 U.S. National Security Advisor Robert O’Brien, a close aide to President Donald Trump, has tested positive for the novel coronavirus, but there is no risk of exposure to either Trump or the vice president, the White House said.

“[O’Brien] has mild symptoms and has been self-isolating and working from a secure location off site,” the White House said in a statement on Monday. “There is no risk of exposure to the President or the Vice President.”

One source told Bloomberg that O’Brien fell ill after taking a few days off from work to spend time with his family. He’s been isolating at home since testing positive and is doing most of his work by phone.

The White House said the work of the National Security Council is continuing uninterrupted.

People who work at the White House and those who come close to the president are regularly tested for coronavirus. O’Brien is the most senior official to test positive for the illness since it first arrived in the United States.