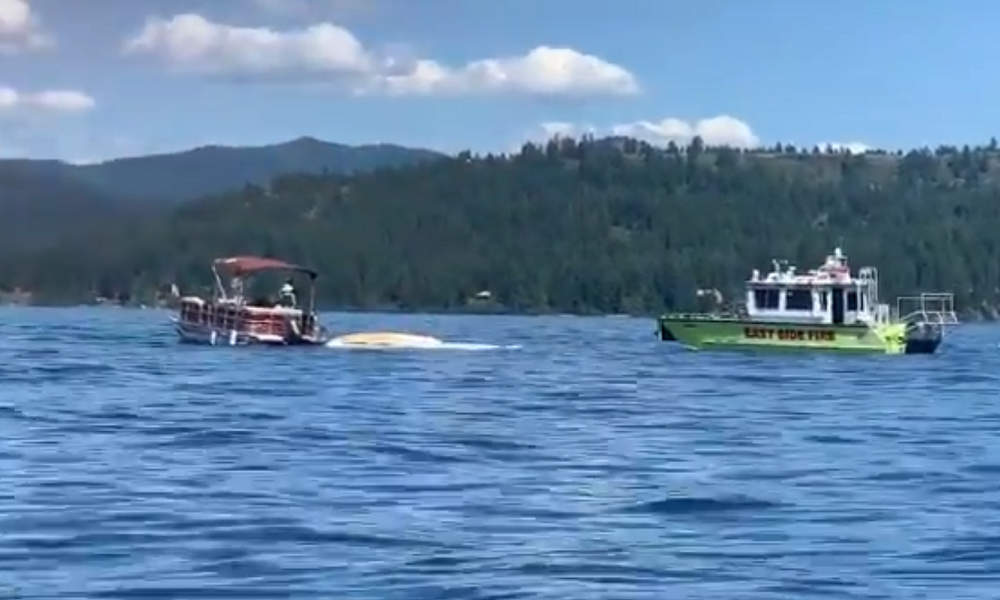 Wreckage of one of the planes in Lake Coeur d'Alene (Credit: Kaitlin Knapp)
Advertisment

Two small planes have plunged into Lake Coeur d’Alene in northern Idaho after a mid-air collision, local officials say. As many as eight people were on board the aircraft and there were no survivors.

The accident happened at about 2:20 p.m. PT on Sunday when firefighters and the U.S. Coast Guard were called for a plane crash into the lake near Powderhorn Bay, about 11 miles (18 km) south of Coeur d’Alene.

“Witnesses reported two planes that collided above the water and crashed into the lake,” Lt. Ryan Higgins, of the Kootenai County Sheriff’s Office, said in a statement. “The planes are in about 120-130 feet (36-40 meters) of water.”

Higgins said two bodies had been pulled from the water, but the death toll is expected to rise. “Initial reports are, there were a total of 8 passengers and crew on the two planes, but that is still being verified,” he said. “At this time it is believed there are no survivors.”

Ian Gregor, a spokesman for the Federal Aviation Administration (FAA), said one of the aircraft was a Cessna 206, which is capable of carrying up to six people. “We do not yet know the make and model of the other aircraft,” he said. There was no word on the identities of those on board.

Both the FAA and the National Transportation Safety Board (NTSB) will investigate the cause of the mid-air collision.

Related Topics:aviationfeaturedIdahoUnited States
Up Next