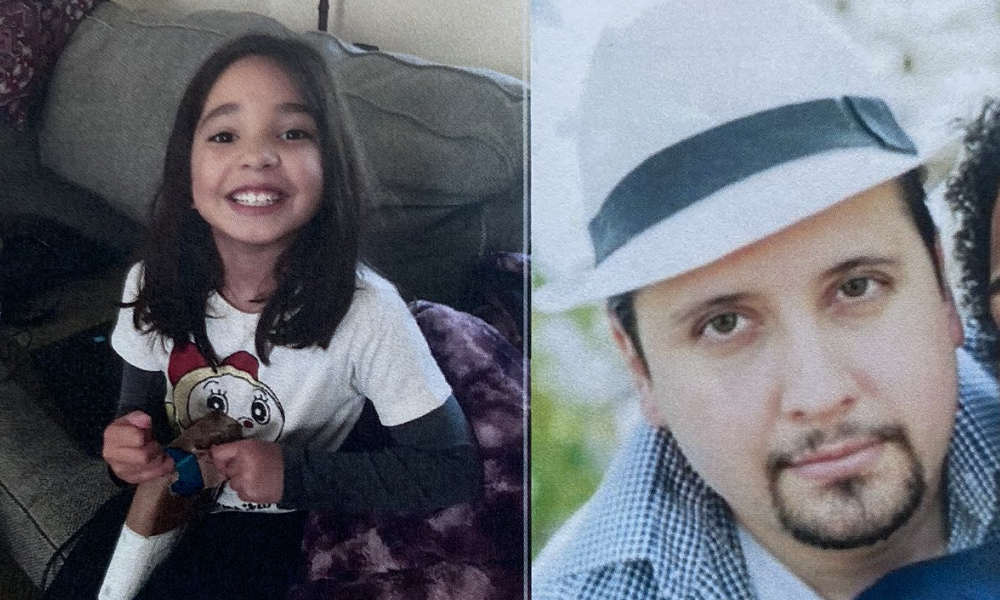 An amber alert has been issued for Pennsylvania and New York after 7-year-old Giselle Torres was allegedly abducted by her non-custodial father in Pennsylvania, officials say. Anyone with information is urged to call 911 immediately.

The incident happened at 2:15 p.m. Friday when Giselle was taken from her home in the Elkins Park section of Cheltenham Township in Montgomery County, according to the amber alert. Specific details were not immediately released.

A statement from local police said Giselle is believed to have been taken by her non-custodial father, 41-year-old Juan Torres, and two unidentified, armed men. Juan is considered to be “armed and dangerous.”

Juan is believed to be driving in a white or black Dodge Charger with unknown plates and may be taking the child to New York City. As a result, an amber alert has been issued for both Pennsylvania and New York.

Giselle is described as a 7-year-old Hispanic female with brown hair and brown eyes, standing 4 feet 10 inches tall. She was last seen wearing a white tank top and purple tights.

Juan is described as a 41-year-old Hispanic male with brown hair and brown eyes, standing 5 feet 4 inches tall and weighing 160 pounds. He was last seen wearing body armor, a face mask, and glasses.

Anyone who sees Juan or Giselle is urged to call 911 immediately, or call the Chelthenham Township Police Department at 215-885-1600 if you have any other information that could help investigators.