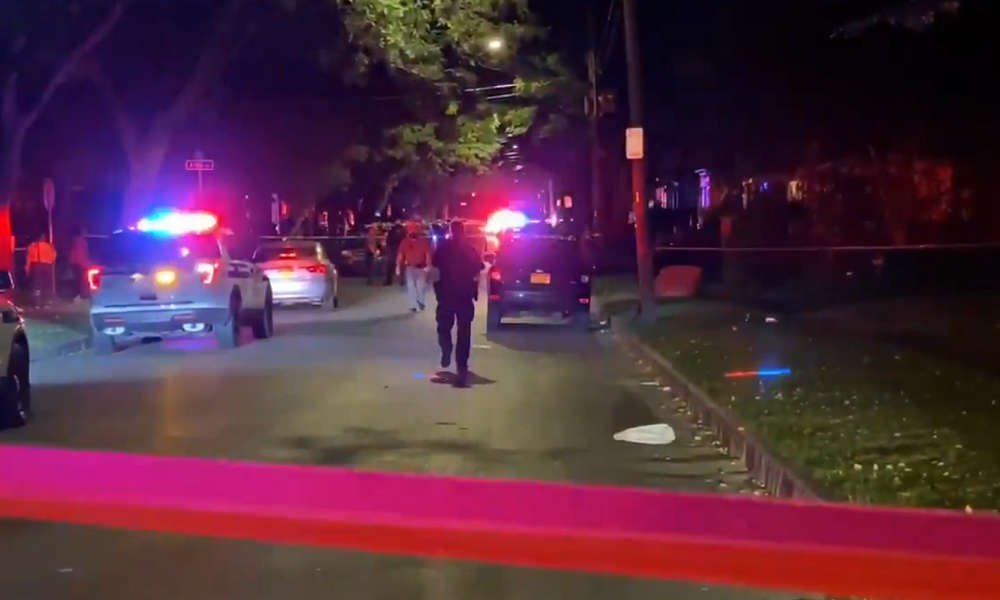 The area of the shooting (Credit: GSL Show)
Advertisment

Two people were killed and more than a dozen others were injured when at least one person opened fire at a backyard party in Rochester in upstate New York, local officials and witnesses say. No arrests were immediately made.

The incident happened just before 12:30 a.m. on Saturday when several people called 911 to report shots being fired near Goodman Street and Pennsylvania Avenue, where more than 100 people were gathering outside.

Interim Police Chief Mark Simmons said first responders found a “chaotic scene” with multiple victims. “It appears to be some type of backyard party that the police department, up until the point the 911 calls came in for the shots fired, was not aware of,” he said.

At least 16 people were confirmed to have been shot, including a man and a woman who died of their injuries, Simmons said. Those killed were described as being between the ages of 18 and 22, but their names were not immediately disclosed.

Details about the circumstances of Saturday’s shooting, which happened in a residential area in the northeast of the city, were also not immediately known. No arrests were immediately made and Simmons said it was too early to say if there were multiple shooters.

Distraught loved ones of people who were killed or injured in the shooting gathered near the scene and at two local hospitals. “Family members around me are crying and consoling each other,” journalist Tyler Brown said.

Heartbreaking. Friends and family just arrived at the north side of the scene. You can hear the anguish. #roc @DandC pic.twitter.com/WHEnI0peVE

‘I Like to Move It’ DJ Erick Morillo dead at 49