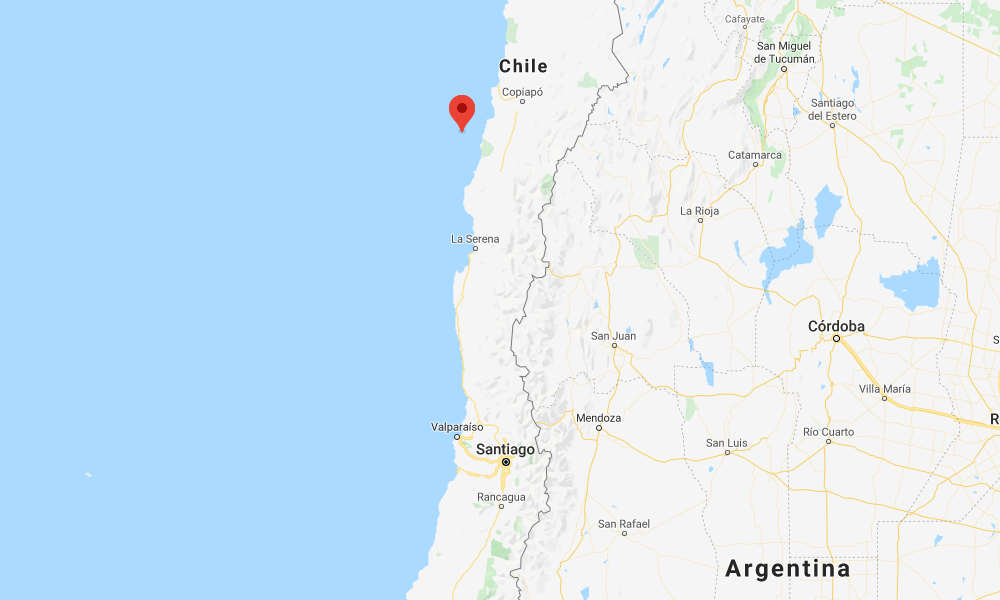 A powerful 7.0-magnitude earthquake has struck off the coast of northern Chile, causing damage and prompting some people to evacuate as a precaution, officials say. An aftershock, which measured 6.3, followed within half an hour.

The first earthquake happened at 12:09 a.m. local time on Tuesday and was centered about 40 kilometers northwest of Carrizal Bajo, a village in the northern Atacama region, or 113 km southwest of Copiapó. It was followed by the aftershock at 12:30 a.m.

Chile’s seismological agency said the initial earthquake measured 7.0 and struck about 31 kilometers below the seafloor, making it a shallow earthquake. The aftershock measured 6.1. The U.S. Geological Survey (USGS) put the magnitudes at 6.8 and 6.3, respectively.

The initial earthquake was felt across the region and woke up many people, but there were no immediate reports of casualties. Some damage and minor landslides were reported in areas near the epicenter. A number of people living near the coast were evacuated as a precaution.

“Based on all available data, there is no tsunami threat from this earthquake,” the Pacific Tsunami Warning Center said in a bulletin to member states. “No action is required.”

Chile is on the Pacific Ring of Fire, an arc of fault lines circling the Pacific Basin which is prone to frequent and large earthquakes. A magnitude 9.5 earthquake struck off the coast of central Chile in May 1960, killing thousands of people. It was the largest earthquake ever recorded.