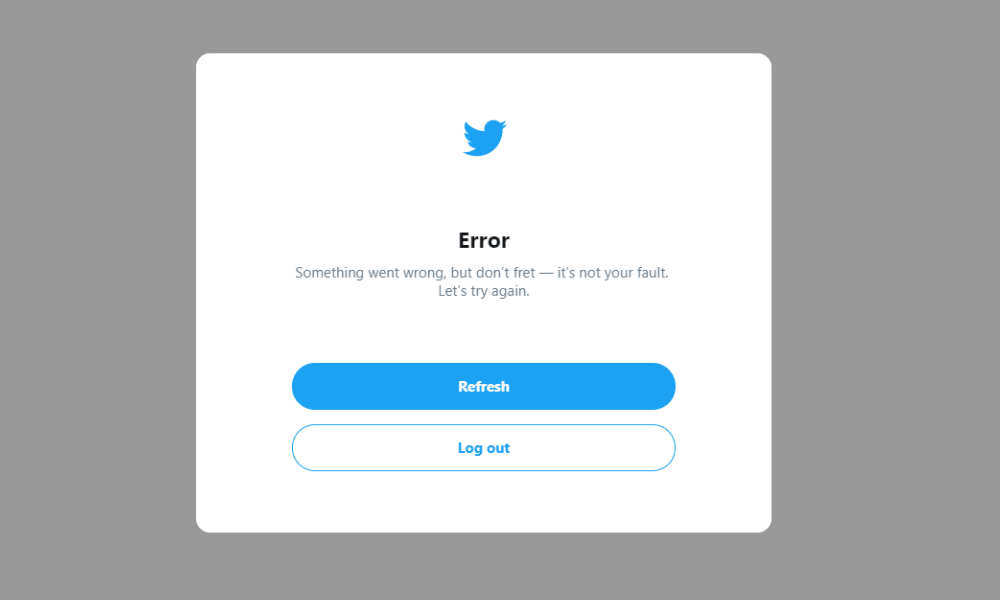 The social networking website Twitter went down Thursday in what appeared to be a global outage, but there’s no evidence of a security breach, the company said. The outage lasted nearly two hours.

The problems began at 5:35 p.m. New York time on Thursday when users were unable to send any new tweets. Although the website initially remained accessible, it began showing errors a short time later.

“Error. Something went wrong, but don’t fret – it’s not your fault,” the message said.

Just after 6 p.m., the website was once again accessible, but users were not able to send any new tweets. The outage was mostly resolved around 7:15 p.m., when users regained the ability to tweet.

Twitter said there was no evidence the outage was caused by a security breach or hack. “The recent issue was caused by an inadvertent change we made to our internal systems,” a statement said.

Advertisment
Related Topics:Twitter
Up Next