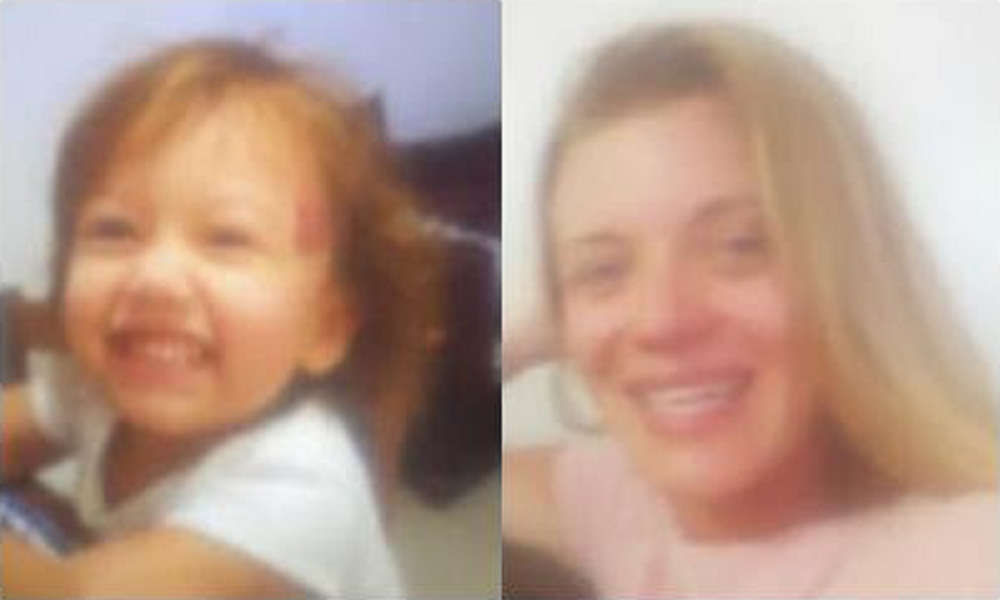 UPDATE The amber alert has been canceled. Stella was found safe.

A Florida Amber Alert has been issued for 2-year-old Stella Turley after she was allegedly taken by her non-custodial mother in Wilton Manors in Broward County, local officials say. Anyone with information is urged to call 911 immediately.

The incident happened on early Sunday morning, between 2 a.m. and 2:30 a.m., when Stella was taken from her home in the 2300 block of Northwest 9th Avenue in Wilton Manors. Specific details about the circumstances of her disappearance were not immediately released.

“It was determined by investigators that the mother does not have custody of the child and both the mother and child left from the residence on foot to an unknown location,” police said in a statement.

The suspect has been identified as Christine Ammon, a 29-year-old white female with blonde hair and blue eyes, standing 5 feet 6 inches tall and weighing 135 pounds. She was last seen wearing a floral shirt, dark colored leggings, and carrying a small handbag.

Stella is described as a 2-year-old white female with brown hair and brown eyes, standing 30 inches tall and weighing 36 pounds. She has a red strawberry shaped birthmark on the left temple of her face and was last seen wearing a dark blue dress with thin red and white stripes.

Anyone who sees Stella or Ammon is urged to call 911 immediately, or call the Wilton Manors Police Department at 954-390-2150 if you have any other information that could help investigators.