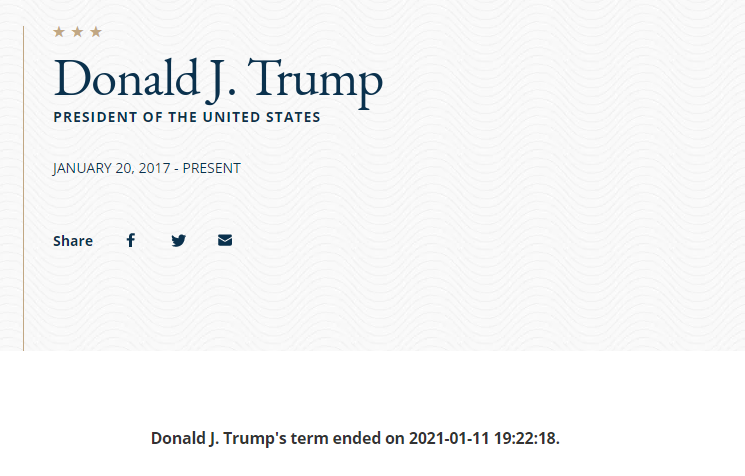 A message saying President Donald Trump had left office has appeared on the U.S. State Department’s website, sparking speculation that he resigned or was removed from office. It was later confirmed to be a mistake.

It was not immediately clear what caused the mistake, but an archived version of the same page revealed a similar message in mid-December, saying Trump’s term ended on December 17. It may have gone unnoticed because the page does not appear to be in use.

BuzzFeed News, which cited two unidentified diplomats, reported that a “disgruntled employee” was believed to be behind the changes. It said U.S. Secretary of State Mike Pompeo has ordered an internal investigation.

BNO News was unable to confirm BuzzFeed’s report and the State Department is yet to comment on what happened.

Trump is facing calls to resign after last week’s deadly attack on the U.S. Congress. Many Democrats and a few Republicans have called on Pence to invoke the 25th Amendment to immediately remove Trump from office. The House is expected to vote on impeachment as early as Wednesday.