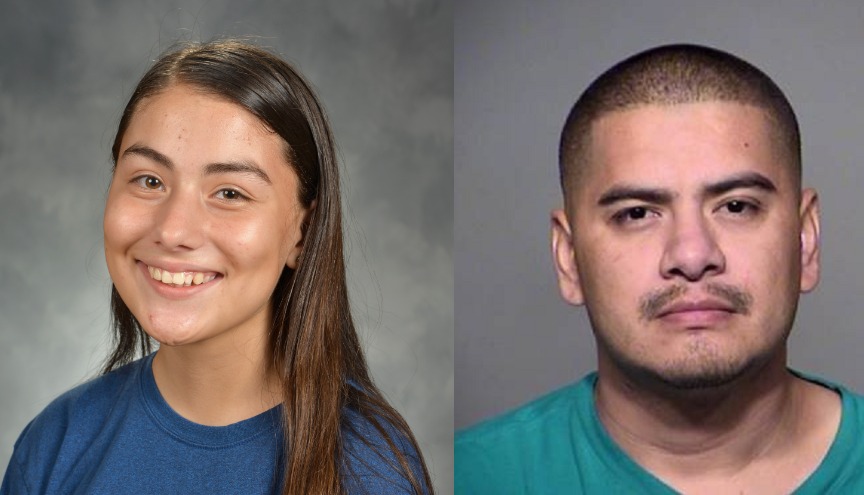 A Washington State Amber Alert has been issued for 15-year-old Angeles Revueleta-Buenrostro after she was reported missing from her home in Yakima, officials say. She is believed to be with an older man who has threatened to kill her family.

Angeles was last seen at about 11:20 a.m. on Monday when she went to take garbage out from her house in the 1000 block of North 2nd Street in Yakima and failed to return, according to the amber alert.

“Angeles was recently recovered in [Arizona] with a male that coerced her via social media,” police said in the amber alert, which identified the man as 36-year-old Daniel Ovante. “[He] recently made threats to come take Angeles and kill the family.”

Daniel is believed to be driving a black 2001 Ford F150 with 2 doors, a side step, and Arizona license plate BYR6257. Ovante has a felony warrant for his arrest and is considered “armed and dangerous,” according to police.

Angeles is described as a 15-year-old Hispanic female with brown hair and brown eyes, standing 5 feet 5 inches tall and weighing 125 pounds. She was last seen wearing a blue hooded sweatshirt and torn jeans.

Anyone who sees Angeles, Ovante, or the suspect vehicle is urged to call 911 immediately, or call the Yakima Police Department at (509) 457-0207 if you have other information that could help investigators.