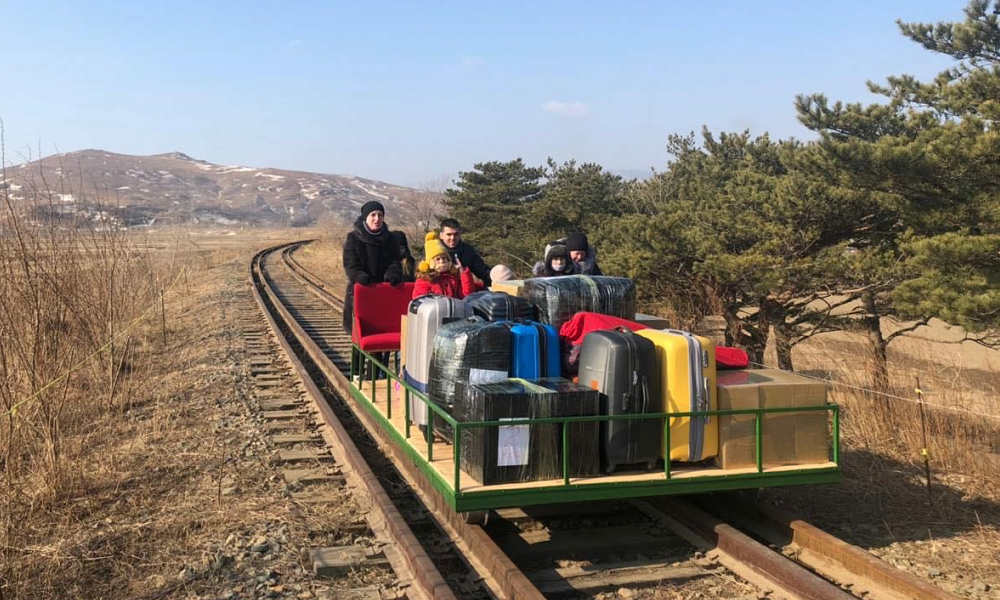 Russian diplomats who were working at the Russian Embassy in Pyongyang were forced to use a hand-pushed rail trolley to leave North Korea, which is largely sealed off from the outside world to prevent the spread of coronavirus.

“Since the borders have been closed for more than a year and passenger traffic has been stopped, it took a long and difficult journey to get home,” Russia’s Foreign Ministry said in a statement on Thursday night.

The group of eight, including three children, traveled by train for roughly 32 hours before taking a 2-hour bus trip to the border region. From there, they took a rail trolley and pushed it across the border into neighboring Russia.

“It took more than a kilometer to push this entire construction by rail. The most important section is the bridge over the Tumen River,” the ministry said. The group was met by colleagues on the other side when they arrived at the Khasan train station in Russia.

North Korea, which acted quickly when coronavirus emerged in neighboring China, has not reported any confirmed cases of COVID-19. NK News reported earlier this week that specific testing and quarantine numbers from North Korea could no longer be found in WHO reports, raising questions about the current situation.