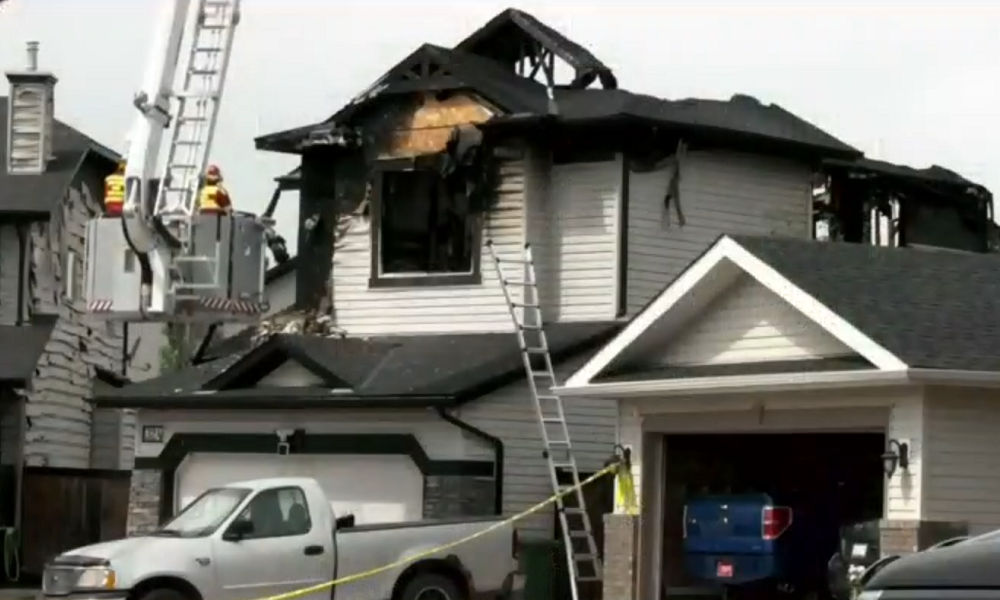 Seven people, including four young children, were killed Friday when a fire ripped through a home in Chestermere, Alberta, local officials say. The cause of the fire, which ranks among the deadliest in Canada in recent years, was not immediately known.

The fire happened at 2:30 a.m. on Friday when neighbors heard a “loud bang” at a home in the 300 block of Oakmere Close in Chestermere, about 14 kilometers east of Calgary. Photos from the scene showed that the back of the home was completely destroyed.

“Two related family units were in the home at the time of the fire,” Alberta RCMP said in a statement on Friday afternoon. “One adult male and four children were able to escape the fire; tragically, seven other occupants were unable to.”

Those killed were identified as a man and a woman in their late 30s, a 35-year-old woman, a boy and a girl aged 12, an 8-year-old girl, and a 4-year-old boy. The five people who survived the fire were assessed by paramedics, and the four children were taken to hospital as a precaution.

“The cause of the fire remains under investigation by Chestermere RCMP; however, the preliminary investigation does not indicate it to be criminal in nature,” RCMP said in the statement, adding that autopsies will be carried out in the coming days.

Chestermere Mayor Marshall Chalmers described the loss of seven people as “overwhelming” and expressed his gratitude to first responders. “Words cannot effectively express the devastation on our community,” he said. “Our hearts ache for this family, this neighbourhood, and the community at large.”

Neighbours say they heard a loud bang or explosion around 2:30. Multiple 911 calls were made as neighbours knocked on doors to make sure surrounding homes were emptied.

Looks like back of house sustained the worst damage. Roof and back are gone. @calgaryherald @calgarysun pic.twitter.com/spECnfIqCO