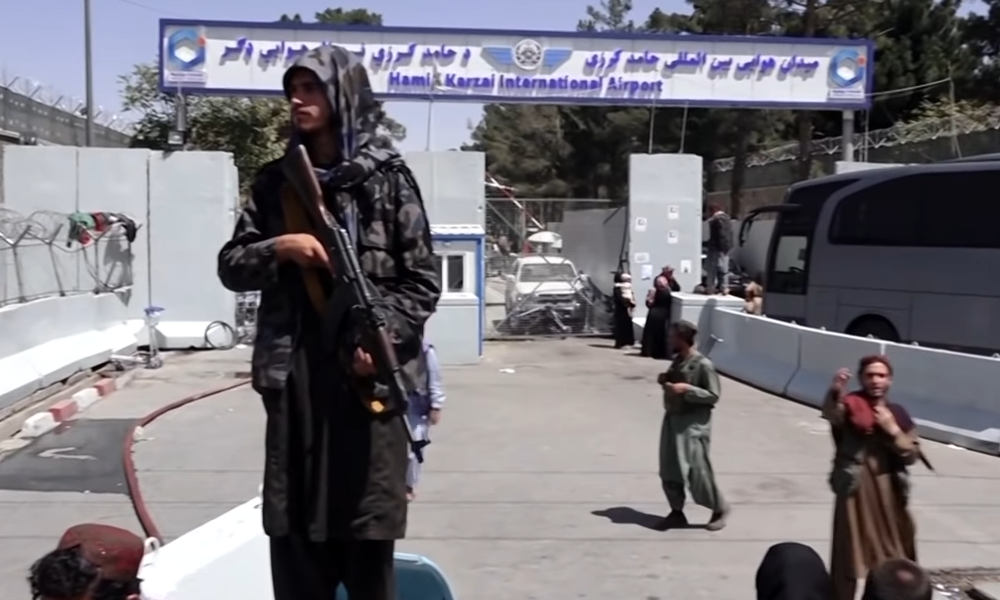 One of the gates at Kabul International Airport (Credit: BBC)
Advertisment

Two suicide bombers from the Islamic State group (ISIS) have blown themselves up near one of the gates at Kabul International Airport, killing more than 100 people and injuring dozens more, officials say. Thirteen American service members are among those killed.

The attacks began at about 5:11 p.m. local time on Thursday while thousands of people, including many Afghan families with children, were trying to access the airport in the hopes of getting onto a flight to leave Afghanistan, where the Taliban has taken control.

It started when a suicide car bomber blew himself up at a sewage canal in the vicinity of Abbey Gate, which has been used by British and American forces. Gunfire was heard and a second bombing was later reported in the same area, but closer to the Baron Hotel.

The exact number of casualties remains unclear, but local health officials told the Wall Street Journal that at least 90 civilians were killed and more than 150 injured. Video from one of the scenes showed injured people and what appeared to be a pile of bodies.

The Pentagon confirmed that at least 13 U.S. service members were among those killed, making them the first American combat casualties in Afghanistan since February 2020. Those killed include 12 U.S. Marines and 1 Navy medic. At least 18 more were injured.

“I express my deepest condolences to the loved ones and teammates of all those killed and wounded in Kabul today,” U.S. Defense Secretary Lloyd Austin III said. “Terrorists took their lives at the very moment these troopers were trying to save the lives of others.”

Austin added: “We mourn their loss. We will treat their wounds. And we will support their families in what will most assuredly be devastating grief. But we will not be dissuaded from the task at hand.”

General Frank McKenzie, the head of U.S. Central Command, said the U.S. believed that the attack was carried out by two suicide bombers from the Islamic State group (ISIS). The group, which opposes the Taliban, later issued a claim of responsibility.

“The Islamic Emirate (Taliban) strongly condemns the bombing of civilians at Kabul Airport, which took place in an area where security is in the hands of U.S. forces,” Taliban spokesman Zabihullah Mujahid said in a statement.

A third explosion was heard near the airport at around 10:30 p.m. and other explosions were heard around midnight, but the Taliban said they were controlled explosions carried out by U.S. forces to destroy equipment. “Kabul residents do not have to worry,” the spokesman said.

Thursday’s deadly attack came less than a day after the U.S. Embassy in Kabul warned of security threats outside the gates of Kabul’s international airport. Specifically, it said Americans at Abbey Gate, East Gate, and North Gate “should leave immediately.”

Related Topics:AfghanistanfeaturedKabul (Afghanistan)
Up Next