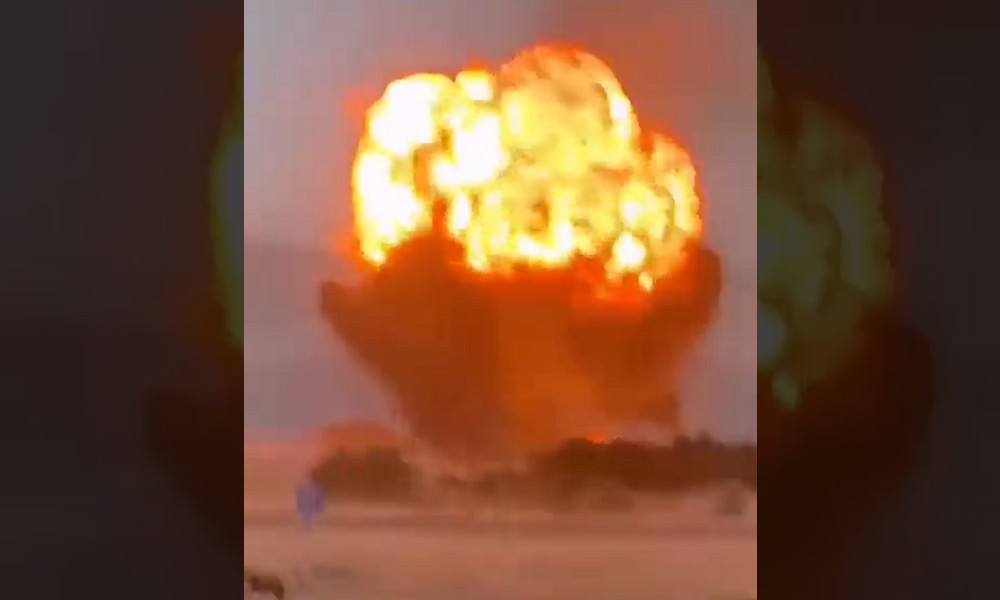 A series of large explosions has ripped through a military warehouse in southern Kazakhstan, killing four service members and injuring dozens more, local officials and witnesses say. The cause was not immediately known.

The incident began at about 7 p.m. local time on Thursday when a fire was reported at or near a warehouse of a military unit in the Bayzak district, which is near the city of Taraz and the border with Kyrgyzstan.

The Ministry of Defense said the warehouse was used for the storage of engineering-purpose explosives, but the cause of the fire was not immediately known. At least 6 explosions were reported.

Footage shared on social media showed a huge fireball as the explosion ripped through the military warehouse. Roads in the area were closed and 1,200 people in the surrounding area were evacuated as a precaution.

Defense Minister Nurlan Yermekbayev said four service members were killed in the incident, according to local media. 88 other people, including at least 11 service members, were treated at local hospitals and some of them remained hospitalized on early Friday morning.