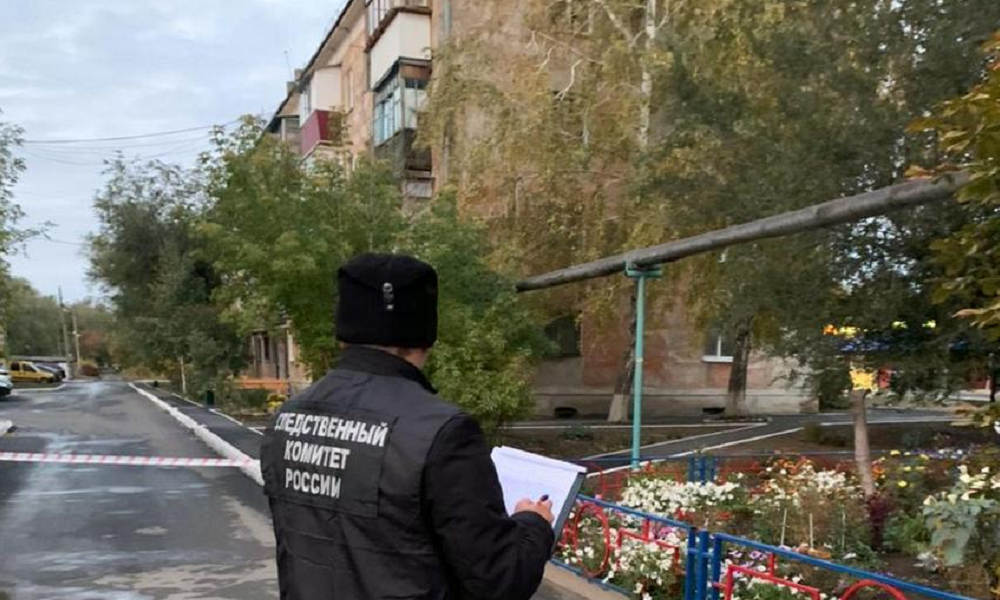 An investigator at the scene (Credit: Investigative Committee)
Advertisment

Three teenage girls who were studying at a medical college in western Russia have been brutally killed, local officials say. Their bodies were found after a fire and the suspect remains at large.

The gruesome discovery was made at around 4:45 a.m. on Thursday when a fire was extinguished at an apartment building in the city of Gai (also known as Gay) in Orenburg, a region which borders Kazakhstan.

“The bodies of two girls who lived in the apartment were found with signs of violent death,” Russia’s Investigative Committee said in a brief statement. “The body of a local woman with similar bodily injuries was found in the courtyard of the building.”

The state-run TASS news agency said the victims were 17, 18 and 19 years old and lived together in an apartment they rented. All three were students at a medical college.

All three victims had numerous stab wounds in the chest and abdomen, TASS reported.

There was no word on a possible motive for the gruesome killings. Russia’s Investigative Committee said a criminal case had been initiated for three counts of murder and no arrests were immediately made.